Al Bateen Executive Airport, the dedicated business aviation airport in the Middle East, operated by Abu Dhabi Airports Company, announced today that Rotana Jet will be basing a new A319 Airbus at its facilities. 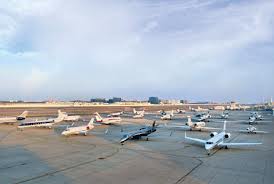 Rotana Jet’s new A319 Airbus will be available for private chartering and will have a total of 32 business class seats and 18 economy class seats.

Yousif Al Hammadi, General Manager of Al Bateen Executive Airport, commented: “Rotana Jet’s commitment to base their new A319 at Al Bateen Executive Airport demonstrates the airport’s position as a key business aviation hub for the region, and as a preferred base for charter aircraft operators. As Al Bateen continues to grow its capacity through investments in new infrastructure, Abu Dhabi Airports Company looks forward to additional private aircraft partners making the Executive Airport their hub in the Middle East.” Rotana Jet also operates out of Abu Dhabi International Airport (AUH) and recently expanded its domestic route network with flights operating to Fujairah and Al Ain.