Qatar Airways to Launch Flights to Ta’if From 2nd October

Qatar Airways will begin flights from Doha to Ta’if, in the Makkah province of Saudi Arabia, from October 2, 2013, the national carrier announced Monday. The non-stop service from Doha will operate four-times-a-week. The new services to Ta’if will bring the carrier’s global network to 131 destinations worldwide. 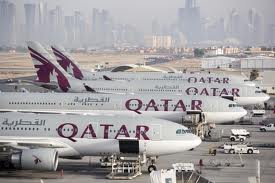 Commenting on the route expansion, QA Chief Executive Officer Akbar Al Baker said, “For nearly 20 years we have been steadily growing our presence and services to Saudi Arabia. “As our sixth destination, Ta’if will bring additional connectivity for passengers connecting from Asia, the Middle East and GCC countries.” The Doha-Ta’if route will be operated by an Airbus A320 with an average travel duration time of just over two hours.  The aircraft will feature 144 seats in a two-class configuration of 12 seats in Business Class and 132 seats in Economy. Selected aircraft will feature seatback TV screens, providing passengers with the next generation interactive on board entertainment system, featuring a choice of more than 800 audio and video on-demand options, together with an SMS text messaging service from each seat. The launch marks the continued expansion of services by Qatar Airways to Saudi Arabia since it began in 1997 with non-stop flights to Jeddah. Since then the airline has added Riyadh, Dammam, Madinah and Gassim to its portfolio of destinations. Ta’if has a variety of cultural and outdoor activities hotspots like Al Rudaf Park, located south of Ta’if, is a large natural park where clumps of tree lie scattered amidst magnificent weathered granite rocks. The site also has a small zoo. Other attractions include the Ta’if Rose Plantation; regional museum Shubra Palace; Rock Carving Site, 40 kms north of Ta’if, is Okaz Souk, the site of the largest and most well-known of the pre-Islamic souqs or gathering places. The Nature Reserve atop the Hada mountain is a large nature preserve 2,100 meters above sea level and the Al Shafa village, rich in agricultural products, situated high upon the Sarawat mountains 2,200 to 2,500 meters above sea level.