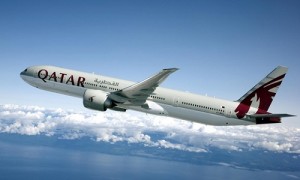 Qatar Airways CEO Akbar Al Baker met with Ge Honglin, mayor of the Chinese city of Chengdu to discuss developments of the carrier’s operations in China, building upon the existing ties between the airline and China.
“Qatar Airways has progressively developed our operations in China over the years, connecting even more passengers through our seven gateways in China to the Middle East and onwards on our network of more than 135 destinations around the world,” Al Baker was quoted as saying in a press release issued Tuesday by the airline.

“Chengdu offers significant cultural and economic opportunities to passengers on our five-star network and we are delighted with how popular this recently launched route has become. I am also delighted to have had the opportunity to recently meet with the Mayor of Chengdu, Mr. Ge Honglin, and look forward to exploring further how we can develop our ties and connectivity to this city and others in China.” Qatar Airways launched two routes in the second half of 2013 to Chengdu and Hangzhou, flying directly from its hub in Doha, and now flies to a total of seven gateways across the country to meet the strong and growing demand from passengers in the region.

The airline, which has been providing five-star service to the Chinese market for 10 years, commenced its first flight to China in 2003. With the additions of Chengdu and Hangzhou to its route network in 2013, Qatar Airways increased its capacity across the country from 38 to 45 non-stop flights every week.
In October 2013, Qatar Airways joined the oneworld alliance, becoming the first Gulf carrier to join a global airline alliance, enabling its customers to benefit from almost 1,000 airports in more than 150 countries, with 14,000 daily departures.