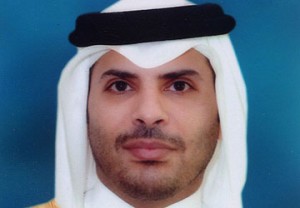 HE the Minister of Municipality and Urban Planning Sheikh Abdulrahman bin Khalifa bin Abdulaziz Al-Thani said that despite the challenges, Qatar Airways had realized big achievements and remarkable growth over the past years , which coincided with existing of old Doha International Airport.
In a press statement on the sidelines of the 70th general assembly of the International Air Transport Association ( IATA) , which is currently being held in Doha on June 1-3, at the invitation of Qatar Airways, HE the minister noted that this meeting coincides with the opening of the newest airport in the world, Hamad International Airport (HIA), which is a source of pride for the State of Qatar and the region.
He stated that Qatar Airways has a growth strategy based on consolidation of Qatar’s position as a hub for transit passengers around the world and it is working to increase the number of transit passengers at HIA, which would solve all problems and challenges.
This strategy will lead to correspond to Qatar airways’ integrative outstanding services on ground and air , which will bring an added value to the economy of the country, HE the minister added.
Sheikh Abdulrahman pointed out that HIA is considered as an impressive air edifice , constructed in accordance with the highest international standards related to aviation industry.
Qatari official stressed that there is a steering committee overseeing the airport and it will announce the overall opening of the airport at the suitable time.
He explained that the new airport will play an active role in boosting Qatar’s position as a global hub for air transport.