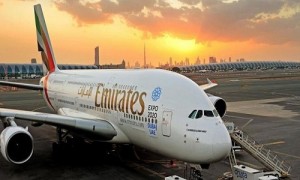 Sir Tim Clark, President of Emirates Airline, said, “Emirates has a global footprint as the world’s largest international airline, and we have a responsibility to our customers, the communities we serve, and the planet. We are fully committed to flying a modern fleet that is better for the environment, and provides our customers with a superior level of comfort and safety. With the retirement of older aircraft and the introduction of new, more fuel efficient aircraft in 2016, Emirates will continue to lead the industry in reducing the age of our fleet, while at the same time defining new levels of service that our customers have come to expect.”