Doha International Airport Passenger Traffic Up 10% to 23.2 Million in 2013 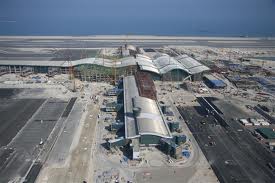 In a media statement DIA said, in 2013, the airport has registered a year-on-year growth every month, which shows the “ever-growing importance of Doha as an international hub”. The growth rate comes as Qatar gears up for the opening of Hamad International Airport “which is expected to redefine passengers’ experience”. DIA said it had “successfully accommodated” the different travel season requirements and the ever-growing number of passengers at all times. In addition to the growth in passenger traffic, DIA experienced a 4.7% growth in overall cargo traffic year-on-year. “The current year is expected to see an increase in cargo traffic as DIA’s cargo facility enhances its unique offering, with the introduction of two new unique services – Q Pharma and Q Fresh, which will optimise the transportation of time and temperature sensitive goods, including high-value pharmaceutical products and perishables,” the DIA said. The growth in the cargo market has “fuelled massive expansion” and with the recently announced commercial agreement between Qatar Airways and IAG Cargo, an optimal level of service, convenience and flexibility will be delivered to worldwide cargo customers. Even though the inbound mail to Qatar has increased by more than 20% year-on-year, overall mail traffic has dropped by 1.5% in comparison to 2012, due to a decrease in outbound mail. The last year has seen a “distinguished” growth in aircraft movements as DIA witnessed a 7.9% annual increase compared to the previous year. December 2013 has also recorded significant passenger traffic growth of more than 13% compared to the same month of the previous year, while during the same period cargo traffic saw an increase of over 11%. Overall mail traffic in December followed the decreasing trend noted throughout the entire year despite the increase in inbound mail of over 5% compared to December 2012. Aircraft movements contributed to a successful December with almost 7.5% year-on-year growth.