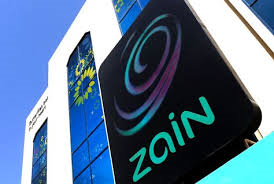 A native Arabic speaker from Lebanon, Kabbani replaces Fraser Curley, who became CEO of the loss-making company in March 2012.

Kabbani has been recruited to help Zain fight back against better-resourced rivals Saudi Telecom Co (STC) and Etihad Etisalat (Mobily). Zain Saudi had 16 percent of the kingdom’s active mobile subscribers at 2012-end, according to the company’s annual report.

Kabbani has held the post of CEO at several telecom operators in the Middle East and North Africa, including Egypt’s Mobinil from 2008 to 2011 and Algeria’s Djezzy from 2003 to 2008, according to his LinkedIn profile.

Prior to joining Zain Saudi, he was a board member and advisor to Dubai-based Oger Telecom, which holds controlling stakes in Turk Telekom and South Africa’s Cell C.

In July, Zain Saudi – 37-percent owned by Kuwait’s Zain – agreed with lenders to extend an outstanding $2.3 billion Islamic loan facility for five years, while a month earlier it also received government approval to defer payment of licence-related fees that could total around $1.49 billion over seven years.

Zain Saudi’s second-quarter net loss was 370 million riyals ($99 million), compared with a net loss of 394 million in the corresponding period of 2012, as revenue rose 9 percent to 1.7 billion riyals.