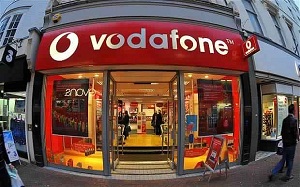 Vodafone Qatar has disclosed its third quarter financial results for the nine month period ended December 31, 2014.The third quarter financial results revealed a net loss of QR 149.8 million compared to a net loss of QR 213.2 million for the corresponding period last year.
The loss per share amounted to QR (0.18) for the period ended December 31, 2014 versus a net loss per share of QR (0.25) for the corresponding period last year while the total revenue of QR 1,735 million; reaching 21% growth over the same period last year.
EBITDA achieved QR 421 million for the period; 22% growth year-on-year.
HE Sheikh Dr Khalid Bin Thani Al Thani, Vodafone Qatar’s Chairman commented, “The Qatari telecom market has witnessed some major changes in the period, in particular the Prepaid segment due to extremely competitive pressure on prices. Despite this challenging trading environment, Vodafone Qatar maintained strong revenue growth by continuing to grow its customer base” “We intend to invest heavily in our network over the next few months with significant network enhancements which will result in an improved customer experience and faster internet speeds to satisfy the burgeoning demand for data.” Vodafone Qatar successfully refinanced $330m of conventional external borrowings with a Sharia compliant ‘Wakala’ investment agreement. This transaction has a tenure of 5 years and will be used for working capital and CAPEX. The refinancing is unique, being Vodafone Group’s first Sharia compliant intercompany financing.
Vodafone Qatar will be declared fully compliant with Sharia practices throughout its business, including commercial and financial operations with effect from 1 April 2015. Effective 1 January 2015, the Company has commenced implementation of Sharia rules and practices on all its operations.