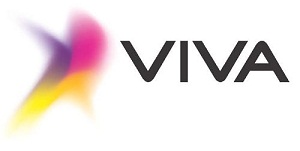 The net profits of Kuwait Telecommunications Company (VIVA) skyrocketed from KD 3.9 million in 2012 to KD 24.2 million in 2013, Board Chairman Adel Al-Roumi announced on Sunday.
VIVA’s Annual General Meeting (AGM) decided to distribute dividends of 48 fils per share, according to a statement issued by the company.
Addressing the meeting, Al-Roumi said: “2013 has been another milestone year for VIVA on many levels, not least by delivering profitability for the second consecutive year since we began our commercial operations in the fourth quarter of 2008, and by expanding our customer base at record speed.
“Our performance in 2013 reflected our consistent hard work and dedication in an exceptionally competitive market. During the year we delivered solid performance with revenues of KD 182.4 million, which reflects strong revenue growth of 33 percent when compared to the year before,” he pointed out.
“This has resulted in a net profit of KD 24.2 million, or earnings per share of 48 fils, and compares to net profit of KD 3.9 million in 2012.
“These results illustrate our continued upward trend as well as enabling us to achieve positive shareholder equity of KD 9.6 million,” Al-Roumi affirmed.
During the AGM, Al Roumi reconfirmed that the company applied for listing on the Kuwait Stock Exchange from the Capital Market Authority (CMA) on 16 February 2012, and is awaiting the CMA’s response on this.
The CMA have requested that VIVA provide the annual financial statements for 2013 approved by the General Assembly in order for them to complete their assessment regarding our application for listing on the Kuwait Stock Exchange, hoping to obtain approval in the near future.
Eng. Salman Bin Abdulaziz Al-Badran, VIVA’s Chief Executive Officer said: “In light of the fierce competition in the telecom sector in Kuwait, we are very pleased with the sustained growth in our customer base.
“The clearest indicator of our success has been the exceptional growth in our subscriber base, from almost 1.6 million at the end of 2012 to well over two million by the end of 2013.
“This means by the end of last year, VIVA had captured 33 percent of the Kuwait mobile market, which compares to 29 percent at the end of 2012,” Al-Badran noted.
“This real growth, in a very competitive market, is an indicator of our progress and the success of our customer-centric strategy. These are record-breaking achievements for a recently established mobile operator, when compared to our regional and international counterparts,” he went on.
“During 2013 we maintained our steady development across the whole of the business. We signed a financing agreement worth USD 270 million with the National Bank of Kuwait Group (NBK), to support our expansion projects; we commercially launched our 4G LTE network across Kuwait, enriching customer experience with high speed data networks; and our implementation of mobile number portability (MNP) services, in collaboration with the Ministry of Communications, was a further success in 2013.
“As part of our growth strategy, and in response to the increase in our customer base, we also expanded our commercial presence across Kuwait to 48 outlets by the end of 2013, to be closer to our customers and to meet the growing demand for our products and services,” Al-Badran added.
On his part, VIVA’s Deputy CEO for Financial Sector Abdulaziz Abdullah Al Qatie said: “VIVA has exceeded expectations in terms of attracting more customers in 2013, which enhanced the financial performance of the company. This reflected positively on the growth of VIVA’s revenues and profits in less than five years (until the end of 2013) when compared to international counterparts, which is considerably a short time frame in the telecommunications sector and despite of the intense competition and operational challenges.
“VIVA continued in its expansion plans with investments exceeding KD 193 million for the development of its infrastructure and enhancing its operational efficiency; this generated an operating profit over the year, before accounting for all earnings before interest, taxes, depreciation, and amortization (EBITDA) of KD 66 million. We will continue our efforts in order to achieve further growth and success in the coming year,” Al Qatie added.