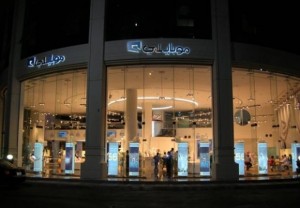 TM Forum will announce the Excellence Awards winners during a special ceremony as part of the exclusive VIP Gala Dinner at TM Forum Live! in Nice, France, on Monday, June 2, at the Palais de Mediteranee, and will highlight the winners during the opening keynote session at TM Forum Live! on Tuesday morning, June 3. TM Forum Live! is the new name for TM Forum’s flagship event which examines the business and operational aspects of digital service delivery.

TM Forum’s Excellence Awards are judged by an impartial and independent panel comprised of leading industry and subject matter experts and analysts. The winners of the Digital Humanitarian, Open Digital, Industry Contribution and Operational Excellence categories are decided by the judging panel, while the winner of the Solution Excellence Award is decided by TM Forum’s 250 service provider members, which collectively represent more than 85% of the global communications revenues. Voting for the winner of the Solution Excellence Award opens on April 21, 2014.

“We’re pleased to congratulate Mobily as a finalist in Operational Excellence category for TM Forum’s Excellence Awards,” said Nik Willetts, chief strategy officer, TM Forum. “The quality and diversity of this year’s finalist entries truly demonstrates the global reach of our members’ leadership, dedication to innovation, contribution and humanitarianism. Our annual Excellence Awards highlight the vital role the Forum plays in helping service providers support the efficiency and agility necessary to build a successful, agile digital business, and ultimately enable an open digital world.” On the other side, Eng. Nasser Al Nasser, Mobily’s COO , emphasized on level of excellency that Mobily has reached further to the continues adoption of best practices & industry standards.