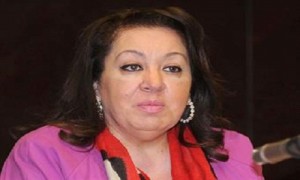 A senior official said on Monday that it is so important to secure Kuwait’s institutions from increased cyber-attacks against the infrastructure of information technology and databases of governmental bodies and private institutions.
Latest attack on industrial control systems of energy facilities and several other cyber networks, showed attackers’ high capability of hacker, Majida Al-Naqeeb, Deputy General Director of the National Project Sector at the Central Agency for Information Technology, said during a workshop, organized by the Agency, on Cyber systems.
Professional hackers are able to cause severe damages and stop basic e-operations that could cause disasters on local and international levels, Al-Naqeeb said, adding that this phenomenon has become a threat to safety and security of societies.
She also said that e-virus attacks on networks not only destroy databases, but also to illegally view and make public secret database.
All these illegal ways require a strong confrontation and high defensive techniques that treat weak points at organizations’ networks, Al-Naqeeb said, noting that companies were forced to develop and boost their defense systems to address loopholes and weaknesses in their control systems.