The Mohammed bin Rashid Establishment for SME Development, one of the institutions of the Department of Economic Development in Dubai, 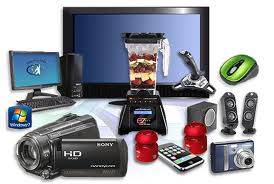 today opened the first series of Cintron Stores for electronic devices in the Emirate of Dubai.

This national project is considered the first of its kind in the Islamic economy, based on the provision of electronic products which can be paid for in installments for up to 18 months without interest.

Through this initiative, the Mohammed bin Rashid Establishment seeks to support SME enterprises and to identify the phases of development to form a tributary to the economy of the emirate of Dubai and the UAE in general for the future.

The series of stores were opened by Abdul Baset Al Janahi, CEO of the Mohammed bin Rashid Establishment for SME Enterprises, and Mohammed Ahmed bin Ghalaita, Chairman of the Bin Ghalaita Group, the founder of Cintron Stores for electronic devices, which includes about 35 products and extend over an area 10,000 square feet to form a platform for most electronic products.