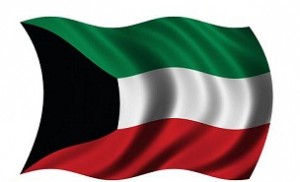 Kuwait’s 1000 Projects Expo hosted Monday a symposium on the initiatives and experience of Gulf Cooperation Council (GCC) member states in supporting youth entrepreneurs and promoting small and medium-sized enterprises (SMEs).
“The Kuwaiti government strongly encourages and supports ambitious youth to help them have their own businesses,” Director of the Small and Medium-sized Enterprises (SMEs) at the Manpower and Government Restructuring Program (MGRP) Faris Al-Enazi said about Kuwait’s experience.
He pointed that one of the major objectives of the MGRP is to increase Kuwaiti youth entrepreneurs’ contribution to the national economy.
“The MGRP seeks to find innovative solutions to enable Kuwaiti youth to launch and effectively manage private businesses to help grow the country’s gross domestic product (GDP), create new jobs and SMEs attractive environment,” Al-Enazi stated.
“It also aims to raise people’s awareness about the importance of private sector in turning Kuwait into an economic hub, help diversify state income, restructuring labor market and easing the financial burden on the state budget.” The Expo, organized by MGRP, kicked off here Sunday at under the patronage of His Highness the Amir Sheikh Sabah Al-Ahmad Al-Jaber Al-Sabah. The activities of the five-day event are held at halls No. 6 and 7 at Kuwait International Fairground in Mishref.
The exhibition is visited by a number of ministers and senior state officials along with key economic figures in Kuwait to encourage and motivate the youth to implement their projects as well as advising them on how to take their projects forward.
As for the Omani experience, Director of Al Raffd Fund branch at Omani Ad Dakhiliyah Governorate Abdullah Al-Shukali shed lights on four main programs for supporting youth enterprises through Al Raffad Fund.
“There are Mawred, Tasees, Riyada, Tazeez programs,” he said, noting that Mawred program targets social security groups and offers 10,000 Omani Riyals-loan to each youth.
“Tasees, targets job seekers wishing to establish new projects, offers each youth a 20,000 Omani Riyals-loan while Riyada, which targets job seekers and craftspeople who wish to develop and extend their existing projects of different economic sector, offers 100,000 Omani Riyals-loan to each.” He stated that Tazeez program, which targets business pioneers who are benefiting from financial support of Al Raffd Fund, offers loans of up to 70,000 Omani Riyals.
Al-Shukali touched the mechanisms of following up budget of Al Raffd-finance projects.
As for the United Arab Emirates, Qasim Al-Hadrami said that federal government has issued law No. 2 of 2014 to regulate and support small and medium enterprises in the country.
“This law will have a significant role in promoting sustainable economic development in the UAE, strengthening the regional and international competitiveness of its economy, help diversify national economic and accelerate the state’s moves towards building a knowledge-based economy,” Al-Hadrami said.
He argued that the main goal of the new law is backing SMEs to be a major contributor in the state economic development and promotion of creativity, innovation and entrepreneurship.
“This, in turn, will help provide new job opportunities for citizens and encourage them to have privates businesses and to contribute to state’s GDP,” Al-Hadrami said.
Speaking about Saudi experience, Waleed Al-Arenan unveiled that the Saudi Ministry of Labor have ambitious programs and plans to boost SMEs in collaboration with relevant ministries and state bodies.
He noted that the Ministry had assigned an international consultancy firm to conduct a study on SMEs in the Kingdom with a view to assess the current situation and propose initiatives to give impetus to that sector.
“The study set forwards 36 initiatives to be implemented through seven programs to develop an economic system to develop this sector,” he said.
He stated that the recommendations and initiatives include the establishment of an electronic portal for SMEs, support centers and cooperatives.
On Bahrain experience, Farouk Jaffer said that his country pays due attention to the expanding and development of the SMEs, especially in the industrial sector.
“Bahrain seeks to develop the industrial sector to diversify income resources, reduce dependence on oil and expand the base of economic activity.” he said.
Jaffer disclosed that SMEs currently make up nearly 16 percent of the total industrial enterprises in Bahrain.
A recent report by Gulf Organization for Industrial Consulting (GOIC) estimated Bahrain has 400 factories with 11195 workers and total investments USD 5.40 billion, he said.
For her part, Director of the Department of Productive Families at the Qatari Ministry of Labor and Social Affairs Noura Al-Hajri said her country’s 2030 vision aims to achieve sustainable development and ensure a decent life for its people and coming generations.
She underlined the Ministry of Labor and Social Affairs is coordinating and cooperating with all the concerned bodies to offer the biggest support youth and SME entrepreneurs.