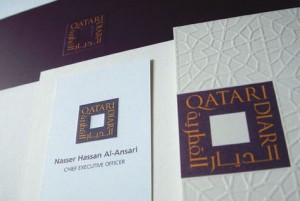 Qatari Diar Real Estate Investment Company has embarked on building a luxury beachside resort, located in the village of Chendering in the Sultanate of Terengganu in Malaysia, expected to open in early 2016.
The project was launched at a stone-laying ceremony attended by Sultan Mizan Zainal Abidin of Terengganu, Chief Minister of Terengganu Datuk Seri Ahmad Said and Malaysia’s former Prime Minister Tun Abdullah Ahmad Badawi, the company said in a press release. HE Ambassador of Qatar to Malaysia Issa bin Mohammed Al Mannai, Group Chief Executive Officer of Qatari Diar Khaled Mohammed Al Sayed and a senior delegation from Qatari Diar attended the ceremony.
On this occasion, Group Chief Executive Officer of Qatari Diar Khaled Mohammed Al Sayed expressed his delight at the official launch of this project in Chendering and the presence of Sultan Mizan Zainal Abidin of Terengganu, adding that this event emphasised the depth of relations between Qatar and Malaysia.
He noted that this unique project in its architecture and components is the second project for Qatari Diar in Malaysia, expressing the company’s enthusiasm to develop it. He also expressed his hope for Diar to have more investment opportunities in Malaysia, noting that the company will accelerate the pace to complete the construction of this luxury resort which will be opened in early 2016 in cooperation with Mِvenpick Hotels and Resorts.
For his part, Ambassador Issa bin Mohammed Al Mannai said that the new development project in Kuala Terengganu contributes to strengthening the bonds of brotherhood between Malaysia and Qatar, where the Qatari Diar will add its elegant touches and creativity in the construction of this luxury resort, adding that he is looking forward to opening this wonderful project and visit this spectacular part of Malaysia again.

The luxury spa and resort, managed by Movenpick Hotels and Resorts, will consist of 210 rooms, 20 villas, 20 condominiums and nine luxury pavilions, in addition to swimming pools, conference facilities and development land across an impressive 180,420 square metres, Qatari Diar said in the statement.
The press release pointed out that the project will create many Job opportunities in Terengganu, as it will contribute significantly to the development of the tourism sector in the region by attracting local and foreign visitors.
Terengganu is situated in north-eastern Malaysia on the South China Sea. The state is also referred to in Arabic as Darul Iman meaning ‘Abode of Faith’. Chendering is a small village, 6km outside the state capital Kuala Terengganu. The new resort will provide a luxury base for visitors to explore the world-renowned beaches, islands and spectacular countryside as well as to experience the hospitality and culture for which Terengganu is famous for.
The new resort will be operated by Movenpick. The project is a 50:50 joint venture between Qatari Diar and Eclipse Portfolio. The majority developer is Qatari Diar in partnership with Success Circle, while Hassell will handle the urban design with the help of Pakatan Akitek. The project will be managed by KLCC Projeks, according to the press release.
Qatari Diar Real Estate Company was established in 2005 by the Qatar Investment Authority. It was entrusted to support Qatar’s growing economy and to coordinate the country’s real estate development priorities. Qatari Diar is currently involved in some 49 landmark projects in 29 countries across the world.