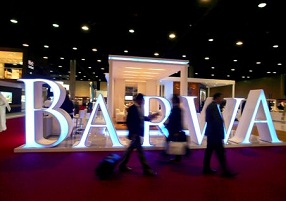 Barwa Real Estate Company Q.S.C. is pleased to announce that it has entered into a share sale and purchase agreement with Labregah Real Estate Company Q.S.C., a wholly-owned subsidiary of Qatari Diar Real Estate Investment Company Q.S.C., dated 22 June 2014, in relation to the sale of all the shares it owns in Barwa Commercial Avenue Company LLC (“BCA Company”) (consisting of 95% of the share capital of BCA Company), for a purchase price of approximately QAR 9,020,807,409 which will be subject to a customary post-completion price adjustment.
The Government of Qatar, which is the other shareholder of BCA Company, will retain its 5% ownership stake in BCA Company, Barwa Real Estate Company Q.S.C. said in a press release issued here on Monday.
The press release added that the completion of the transaction is subject to the approval of the Qatar Financial Markets Authority and other customary closing conditions.
This transaction has been entered into pursuant to the Framework Agreement between Qatari Diar and Barwa which has been previously announced to the market on 6 June 2013 and 17 November 2013.