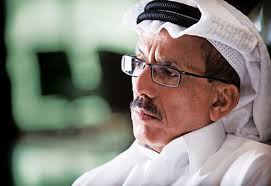 He also thanked the other government entities for their cooperation, “Al Habtoor City is a dream which became a reality due to the cooperation of different government departments.”

“The UAE continues to grow because of our leader and citizens jointly working together,” Al Habtoor said. “Today, I am here to renew my vote of confidence in Dubai and its economy and to celebrate our success. But it is not just a success for the Al Habtoor Group, but the success of my country. Each and every one of us plays a vital role in the UAE’s success.”

The Al Habtoor Group Chairman added, “Al Habtoor City will incorporate more than 3,000 hotel and residential units on one plot – the plot where we stand today… I want to say that our project will prove that Dubai is the only place in the world to invest. Al Habtoor City is truly a breathtaking project. It will help boost the economy, provide thousands of jobs and will set a benchmark for future projects of its kind.”

AL HABTOOR CITY: FROM BLUEPRINT TO REALITY The Al Habtoor Group has announced details of its much-anticipated development on Sheikh Zayed Road in Dubai. The Group has named the breathtaking mixed-use development ‘Al Habtoor City’.

It has partnered with some of the world’s best-names to create a new destination for citizens, residents and tourists alike. Al Habtoor City will undoubtedly become ‘the’ meeting point at the centre of Dubai where each component within the development will have its own personality. On average, 20,000 visitors are expected to visit Al Habtoor City every day, up to 7.3 million visitors a year.

The world-class Al Habtoor City will help Dubai compete with destinations such as New York, London, Paris and Hong Kong. Located in a prime location – overlooking the Burj Khalifa in the Business Bay area and near the Dubai International Financial Centre – the cutting-edge development will be unique to the United Arab Emirates, offering top-rated hotels which will add more than 1,600 rooms to the city. In addition there will also be a spectacular water-themed theatre for a permanent production by the world-famous theatrical director Franco Dragone. Al Habtoor City has the added benefit of being on the banks of the Dubai Water Canal – soon to be the emirates’ newest tourist location.

The Al Habtoor Group is now pleased to unveil the latest addition to this stunning mega project: Three residential towers for exclusive and contemporary living, taking the total investment in the entire project to AED 11 billion (US $3 billion).

“Al Habtoor City is a very unique project,” said Khalaf Al Habtoor, Chairman of the Al Habtoor Group. “The 10 million square foot development, erected on approximately a one million square foot plot, will feature three world-class hotel brands from Starwood – including the first-ever St. Regis in Dubai. Plus, it will have the added attraction of spectacular entertainment. It will combine ultra-luxury hotel living with 5-star residential ambiance.”

The Group has commissioned leading British architects WS Atkins for the development of the residential blocks. It has also appointed Knight Frank to provide retail consultancy expertise for the podium under the residential towers and Asteco Real Estate Services will manage and lease the towers and retail outlets.

Al Habtoor City’s residential living will embody exclusivity – residents and visitors will not need to leave the complex. They will have access to multiple amenities within the complex – including swimming pools, a gym and spa. There will be shops, cafés, a supermarket, a crèche, a clinic as well as access to all the high-end facilities in the three adjacent top-rated hotels.

VIP/PRESIDENTIAL-STYLE PENTHOUSES The two VIP penthouses, on levels 72 to 74, will have seven bedrooms including an opulent master bedroom, garden terraces complete with a swimming pool and Jacuzzi. The two top floors will provide residents with a private entertainment area offering them a pre-function room leading to a 584 square metre open-plan sky lounge completely surrounded by glass – and offering a 360 degree view of Dubai.

Residents of the VIP penthouses will be ensured exclusivity. Special access cards will grant them priority use of the residents’ lift, which will not stop at any other floor while carrying a VIP resident. The lift will take them to their front door in under 30 seconds from the ground level.

The two VIP/Presidential-style penthouses will be über-stylish, fitted to the highest standards, with the most exclusive finishing materials from some of the world’s top brands.

Al Habtoor said, “We don’t have plans to sell the VIP penthouses, but if we did put them on the market, we would not sell any of them for less than US $250 million each (AED 900 million).”

Second level A spacious family room A large and exclusive master bedroom with his and hers bathrooms Four additional bedrooms, all with en suite facilities Home theatre

SIMPLEX PENTHOUSES There will be three Simplex penthouses in the residential towers; one in each of the tower blocks.

The Simplex layout covers nearly 800 square metres. The mirror image living and dining open-plan area overlooks a swimming pool and Jacuzzi in a landscaped decking area with spectacular views as far as the eye can see. The layout includes a separate living room and generously-sized kitchen area. There will also be a spacious en suite master bedroom along with four further en suite bedrooms.

DUPLEX PENTHOUSES Al Habtoor Group is planning for a total of six Duplex penthouses; two in each tower. The Duplex penthouse will measure 862 square metres. An L-shaped open-plan living and dining area overlooks a large swimming pool and Jacuzzi complete with decking and a lush garden. There will also be an en suite guest bedroom and large kitchen area along with maid quarters. The second floor of the Duplex penthouses includes two large master suites and three further bedrooms as well as a home theatre.

LIFESTYLE & LUXURY To add to the luxury experience, Al Habtoor City will offer upscale retail outlets lining the boulevard and waterfront to complement the more than 30 food and beverage outlets within the hotels. The outlets – including al fresco dining and Dubai’s second Bentley Boutique Café – will enhance the relaxed atmosphere of this vibrant community. The Bentley Boutique Café will be exclusive to Dubai. Al Habtoor City will become the centre of Dubai, the place where residents and visitors can conveniently find everything under one roof.

THE BOULEVARD Trees, canopies and colonnades will naturally shade The Boulevard, which is positioned between two high facades. The Al Habtoor Group is also studying a system of ‘space cooling’ to provide extra comfort for The Boulevard users.

TENNIS ACADEMY & CLUB HOUSE Al Habtoor City will incorporate a state-of-the art tennis academy with eight courts – including a covered, air-conditioned court. Members will be able to enjoy all the amenities needed for a healthy and active lifestyle at the adjoining Club House.

THE HOTELS The complex blends a concept by British architects John R & Partners with detailed development by Khatib & Alami, one of the Middle East’s largest architects. The three hotels within Al Habtoor City comprise of Dubai’s first-ever St. Regis, a flagship W and a new Westin, with more than 1,600 keys between them. They will be operated by the internationally renowned Starwood Hotels & Resorts Worldwide. Each hotel will offer spectacular views of the Dubai skyline and offer a variety of exquisite restaurants and bars and state-of-the-art meeting facilities.

The St. Regis Dubai will feature multiple gardens including a Musical Garden with mosaic musical notes leading to the centrepiece: a musical fountain. The hotel will also feature a Reception Garden, a Promenade Garden and a Sculpture Garden, all offering space for outdoor functions. Complimenting the hotels bespoke services, the grounds of The St. Regis Dubai will include a private helipad to cater to its VIP visitors.

The Westin Dubai Offering a sensory-rich and relaxing atmosphere, The Westin Dubai – Sheikh Zayed Road will feature 863 guest rooms and 146 suites, including a Presidential Suite and Royal Suite. The guest rooms and suites of the 37-story hotel will be outfitted with the renowned Westin Heavenly Bed® as well as the Heavenly Bath®. Other signature features will include the Westin Heavenly Spa, consisting of six treatment rooms and the WestinWORKOUT® fitness facility.

THE THEATRE & SHOW The multi-billion dirham development will also feature a one of-a-kind entertainment theatre. The Al Habtoor Group and Franco Dragone Entertainment Group have teamed up to bring a touch of Las Vegas to Dubai. The two well-known names will offer the only permanent water-based theatre production between Las Vegas and Macau. Franco Dragone, whose name is synonymous with the entertainment world, was the mastermind behind the Cirque du Soleil productions before starting his own company in 2000. Dragone is already a big hit in the UAE, following his Abu Dhabi creation and visual poem ‘Story of a Fort, Legacy of a Nation’.

The venue of the purpose-built theatre, designed by Paris-based designer Jean Rabasse, will open in 2016. The theatre auditorium will be 30 metres high and have a capacity of 1,400 unique seats. Lights, sounds and water elements will come together at the Dubai theatre to create an extravagant and spectacular show.