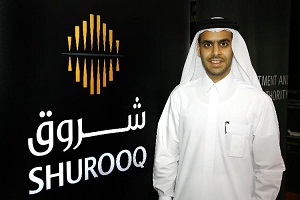 A high-ranking trade delegation from Sharjah, including representatives from the Sharjah Investment and Development Authority (Shurooq), has concluded its participation in the Kazan Summit 2014 in Tatarstan and the UAE-Russia Business Forum in Moscow, which were held from 5-7 June, as part of the UAE trade delegation that was led by Engineer Sultan Saeed Al Mansouri, Minister of Economy.

Speaking about the visit, Khalid bin Butti bin Obaid remarked, “Russia s importance as a key trade and investment partner for Sharjah and the UAE continues to grow and we were very pleased with this opportunity to make contact and explore new opportunities with the Russian business community,” Echoing this remark, Al Midfaa said, “There is vast potential for mutually beneficial investment projects and business ventures between Sharjah and Russia, which is why we are always eager to take part in such key events.” In his presentation during the panel discussion UAE-Tatarstan Business and Investment Prospects , which was held as part of the 6th International Economic Summit of Russia and OIC countries (Kazan Summit 2014), Al Musharakh highlighted the importance of the Russian market for Sharjah and what Shurooq can offer to Russian investors and businessmen interested in investing and setting up a business in the Emirate.

“Russia presents a key tourism market for Sharjah. The total share of Russian tourists in Sharjah s tourism arrivals for 2013 stood at 23 per cent, thus reaffirming the growing presence of Sharjah s tourism products in the Russian market, which has emerged as one of the major tourism exporting markets for the Emirate,” he said.

He went on to say, “Sharjah is an ideal hub for investment in the Middle East, thanks to its unrivalled strategic location, its direct access to the Arabian Gulf and the Indian Ocean, its state-of-the-art facilities and sophisticated logistics infrastructure, and its incentives and flexible legislative structure, as well as its investor friendly environment. The Emirate also has diverse attractive tourist and cultural offerings, making it an ideal business and investment hub, powered by a portfolio of giant development projects undertaken by Shurooq under the directives of His Highness Sheikh Dr Sultan Bin Muhammad Al Qasimi, Member of the Supreme Council and Ruler of Sharjah, and with the close follow up of Sheikha Bodour bint Sultan Al Qasimi, Chairperson of Shurooq.” He added that the Emirate was recently selected as the Islamic Culture Capital for 2014 and the Capital of Arab Tourism in 2015 in recognition of its leading cultural role at local, regional, Arab and international levels.

On the 2nd day of its visit to Russia, Shurooq participated in the UAE-Russia Business Forum, which was opened by Eng. Sultan Saeed Al Mansouri, Minister of Economy. The forum was aimed at establishing trade and investment partnerships between government and private sectors in both the UAE and Russia, attract investors and tourists to the UAE, and open-up new markets in Russia for Emirati goods and products.

The event brought together a large number of major Russian investment authorities and business leaders where Shurooq made use of the opportunity to conduct a series of meetings with representatives of the Russian business community to exchange ideas, explore joint investment opportunities, and promote Sharjah s tourist and cultural landmarks, with a focus on the Emirate s flourishing travel and tourism market and the transport and logistics sector.

Speaking at the panel discussion UAE-Russia Business and Investment Prospects”, Al Musharakh said, “The UAE and Russia enjoy a strong and well-established economic partnership with bilateral trade reaching $1.8 billion in 2013. The UAE has invested $18 billion in Russia so far, and is ranked among Russia s top 10 foreign investors according to the Chamber of Commerce and Industry of the Russian Federation. Bilateral trade between Sharjah and Russia has flourished in the recent years, where imports stood at AED475 million, exports at AED11.4 million and re-exports amounted to AED142.7 million.” He added that there are 3,000 Russian firms operating in the UAE according to the Russian Businessmen Council in the UAE. Russian companies are operating in the sectors of real estate, telecom and information technology, building and construction, marine transport, and glass manufacturing. There are 200 Russian companies in the Sharjah International Airport Free Zone (Saif Zone), 140 companies and the Hamriya Free Zone and 125 companies on-shore.

Over 2 million Russian tourists visited the UAE in 2013, with Russian arrivals to Sharjah constituting the largest proportion of the European tourists. Due to the efforts exerted by the Sharjah Commerce and Tourism Development Authority (SCTDA) the number of Russian tourists coming to Sharjah is expected to continue to grow due to the growing relations between the UAE and Russia, as well as the immense efforts undertaken by Shurooq and other entities to lure more Russian tourists to the Emirate.

On bilateral business and investment, Al Musharakh said, “There is already good cooperation between Sharjah and the Russian Federation, referring to Gulftainer, the port management company, which invested $275 million in the Russian port of Ust-Luga, and Russian Volga-Dnepr that operates a 22,000 square metre aircraft maintenance hanger facility at the Sharjah International Airport with a total construction cost of $26 million.”