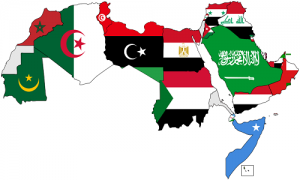 Since onset of Arab Spring three years ago, profound economic and political transformations have taken place but aspired progress is still far away, said Director General of the Arab Fund for Economic and Social Development Abdullatif Al-Hamad.
“Some of these transformations are positive and others are negative,” he said at the opening of a regional conference themed “Building the Future: Jobs, Growth and Fairness in the Arab World,” held in Amman on Sunday.
The two-day gathering, co-organized by the government of Jordan, Kuwait-based AFESD and the International Monetary Fund (IMF), discusses the economic transformations in the Arab countries.
“Among the positive aspects of transition is the Arab peoples’ realization of urgency to build democratic societies and guarantee political freedoms, social justice and equal opportunities while the negative aspects featured prominently in the political instability and security unrest due to the long absence of democracy,” he explained.
“The transitions began with great ambition but, so far, progress has been limited in generating the strong and inclusive growth needed to reduce unemployment and raise standards of living,” Al-Hamad argued.
The dismantlement of traditional political parties in the Arab Spring countries resulted in imbalances and a state of disregard of the higher national interests, thus giving vent to extremism, and racial and tribal conflicts, he regretted.
“The social and economic situations in the entire Arab region deteriorated and the economic growth slowed down sharply while the average rate of unemployment rose from 14.6 percent in 2010 to 17 percent at present,” he went on.
Al-Hamad highlighted the need of international support to the Arab countries in transition, warning that lukewarm response to the needs of these countries could result in an even more serious setback in the economic and social reforms.

On the AFESD loaning operations, Al-Hamad said the Fund has offered, since the start of these operations in 2012, a total of USD 688 million in financing for small and medium enterprises in 13 Arab countries, mainly the ones in transition.
Nevertheless, the financial needs of these countries are far too much to be met given the numerous impediments and the unsuitable business environment, he noted.
“The international community can play a major role in the development of mega projects in such areas as infrastructure, education, public utilities, social service and healthcare in order to improve the economic competitiveness of the Arab countries in transition.
“The international community has to make concerted efforts to help these countries break the vicious circle of economic and political turmoil, whereas the national governments of these countries need to set their priorities right and develop clear-cut programs for economic and political reforms within an inclusive framework involving all components of their respective societies,” he added.
Meanwhile, director of the IMF regional office for the Middle East and Central Asia Masoud Ahmad highlighted the need to help the youth of the Arab region fulfill their aspirations for better future, decent life and employment.
It is a shared responsibility for all to set out viable economic policies and contribute to their implementation, he said, voicing hope that the conference will lead to positive results in this regard.
Deputy Governor of the Central Bank of Kuwait Youssof Jassem Al-Obaid and economic advisor to Kuwait Fund for Arab Economic Development (KFAED) Tareq Al-Manis take part in the conference.
The event, hosted by Prime Minister of Jordan Abdullah Ensour, gathered IMF Managing Director Christine Lagarde alongside with some 200 high-level economic policymakers, academics, leading private and public sector executives, development partners, and civil society representatives from the Arab region and beyond.
It aims to develop a common vision for economic development by drawing lessons from similar episodes of fundamental economic transformation in other parts of the world.