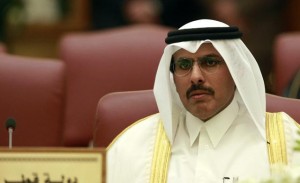 Governor of Qatar Central Bank (QCB) HE Sheikh Abdullah bin Saud Al Thani on Saturday arrived in Seoul on a two-day visit, heading a financial delegation which includes CEOs of some Qatari Banks, Qatar Financial Markets Authority and the Regulatory Authority of Qatar Financial Centre (QFC). HE the QCB Governor was welcomed upon arrival at Seoul international airport by HE Qatar’s Ambassador to the Republic of Korea Mohammed bin Abdulla Al-Duhaimi. HE Sheikh Abdullah bin Saud Al Thani told Qatar News Agency (QNA) that the visit to Seoul came under the directions of HH the Emir Sheikh Tamim bin Hamad Al Thani. It complements the recent visit to China, he said adding that the aim of the visit is to deliberate on boosting the relations of friendship between the State of Qatar and the Republic of Korea to serve the interests of both countries and peoples. He also said that he will meet during his current visit with the Governor of the Bank of Korea to discuss the prospects of cooperation between QCB and its Korean counterpart , adding that the visit will provide an opportunity to hold meetings with the Chairman of the Federation of Korean Banks Bahk Byong-won and Chairman of the Policy Committee of the Korean National Assembly Hun Kim, to discuss the relations between the two countries and areas of future cooperation. HE Shaikh Abdullah bin Saud Al Thani left Beijing this morning after a two-day visit to the People’s Republic of China during which he signed with President of the People’s Bank of China (Central Bank) Zhou Xiaochuan on a renewal of agreement on the investment of Chinese currency and investment tools for two years. The agreement was signed in Doha in 2012.