HE Minister of Economy and Trade Sheikh Ahmed bin Jassim Al Thani has held bilateral talks in Geneva with the Director General of the World Trade Organization Roberto Azevedo and the Secretary-General of the United Nations Conference on Trade and Development ( UNCTAD) Mukhisa Kituyi, on the sidelines of the meeting of the Trade Policy Review of the State of Qatar in the World Trade Organization. 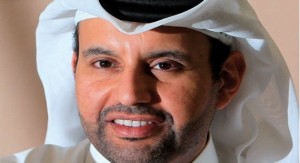 According to a press release issued by the Ministry of Economy and Trade, HE Sheikh Ahmed bin Jassim Al Thani had reiterated Qatar’s commitment to the principles of the WTO and its objectives in the global trade liberalization, and in support of the stability and well-being of the people. HE the Minister also stressed the need to take into account the development dimension in formulation of the work program of the organization after the Bali conference.

HE the Minister of Economy and Trade reaffirmed Qatar’s support for UNCTAD in order to achieve its development objectives as the only global forum which deals with trade and development issues in a balanced manner, and Qatar support for the efforts that seek to implement Doha Mandate and Doah Manar of UNCTAD XIII being in session in Doha HE the Minister noted that his meeting with the UNCTAD Secretary Genera had dealt with Qatar’s role in the upcoming stage as it chairs the United Nations Conference on Trade and Development until 2016. The meeting was attended by Qatar’s Permanent Representative in Geneva HE Faisal bin Abdullah Al Henzab.