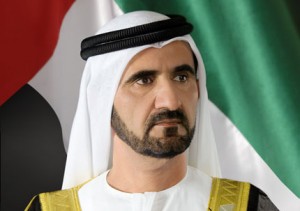 Vice President and Prime Minister and Ruler of Dubai, His Highness Sheikh Mohammed bin Rashid Al Maktoum, has held talks here with Michelle Bachelet, President of the Republic of Chile.

Sheikh Mohammed arrived Chile early today in his tour that takes him to a number of Latin America countries.

The Vice President expressed his optimism over the results of his visit to Chile, particularly in the cultural and tourist exchange fields and building of diversified investment partnership between the two parties.

He also underscored the important role of the private sector and provision of facilitations to the government and private companies of the two countries, as well as competent authorities in order to achieve joint objectives between the two friendly peoples in all sectors, especially in the cultural and tourist fields.

For her part, President of the Republic of Chile welcomed the Vice President’s visit, describing it as “historic”, for opening up more doors for officials, businesspersons and companies in both countries to set up joint investments, achieve economic and cultural benefits for the two parties, as well as enhance trade and investment relations.

Earlier, the Vice President, who is leading a high-profile delegation, arrived at the Presidential Palace, la Moneda, where they were received by President of the Republic of Chile and a number of officials.

Sheikh Mohammed was accorded an official reception at the yard of the Palace. Chile is the last post of the Vice President’s Latin America tour.