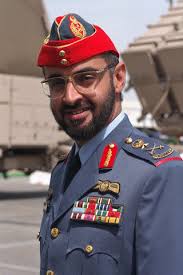 His Highness General Sheikh Mohamed bin Zayed Al Nahyan, Crown Prince of Abu Dhabi and Deputy Supreme Commander of the U.A.E. Armed Forces, has received a telephone call from U.S. Secretary of Defence Chuck Hagel, reiterating the steadfast U.S. commitment to its strategic partnership with the U.A.E.
U.S. Defence Department said in a statement released last night, that, “Mr. Hagel affirmed the importance of maintaining strong bilateral defence cooperation to ensure a stable and secure Middle East, a common objective of both countries.” “Secretary Hagel noted that new forms of multilateral cooperation were required to address the evolving challenges of the Middle East, and the secretary lauded the U.A.E.’s efforts to work with the United States and the members of the Gulf Cooperation Council to expand regional collaboration. The conversation ended with a discussion on regional issues, including Syria, Egypt and Libya.”