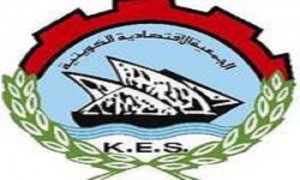 Kuwait Anti-Corruption Authority, in coordination with Kuwait Economic Society (KES) organized on Tuesday a lecture on “Tackling Corruption and Promoting Better Governance: The road ahead,” delivered by Dr. Francesca Recanatini, a World Bank expert on governance, integrity and corruption.
Opening the lecture, Manaf Al-Hajeri, Head of Economic Policy Committee at KES, said that this lecture has come as a continuation of the KES series of lectures focusing on administrative reform in the public sector.
Al-Hajeri said previous lectures within the same series covered several topics including applying good governance policies in the public sector, creating and promoting “Island of Efficiencies” in the public sector, to guarantee administrative independence of State agencies and reforming Kuwait’s Education sector, by restructuring it to include education councils, the Ministry of Education and assessment centers.
In her lecture, Dr. Recanatini briefly touched upon previous experiences of policymakers in designing and implementing reform to improve governance noting that their attempts faced increasing challenges.
“These challenges appear to be characterized by three specific features: the heterogeneity of the problem to address and of the environment in policy makers operate; the need for a significant re-allocation of powers and rents to address these challenges; and the importance of a long term vision and sustained efforts to ensure progress,” she explained.
Recanatini stressed that policymakers need to approach governance and anti-corruption reforms in a novel way, integrating political commitment with technical measures, citizens’ participation and communication on results.
She stressed that governance and anti-corruption policies should be built on a clear and impartial understanding of the problem and of the constraints faced, facilitating the creation of a baseline and of a system to monitor progress.
“These reforms should also receive strong political support from the leadership both in terms of messages and resources throughout the process and benefit from citizens’ active involvement and participation.
“This approach, based on political commitment, participation and communication, will foster greater coordination and collaboration among different actors, and in turn, will reduce the risks associated with political economy issues highlighted in the previous sections,” she pointed out.
Recanatini further said that this approach has been adapted and used in about 15 countries around the world and a few lessons have already emerged, noting that country-specific assessments should be viewed as complementary to cross-country aggregate indicators, as well as being used together to obtain a more comprehensive picture of the state of governance and corruption in a country, as a few countries have begun doing.
“The active participation of citizens in the design and implementation of the governance reform does create greater local capacity and stronger ownership, which in turn can ensure sustainability of reform process and avoid reversal of policies,” she said.
She added that early lessons were pushing practitioners at the World Bank to explore additional alternatives to reduce costs while preserving the participatory nature of this approach.
Kuwait government established the Anti-Corruption Authority under Law 24/2012.
The Authority is mainly tasked with combating corruption in an independent and neutral manner under full supervision of the Ministry of Justice.
Dr. Recanatini has worked on governance, integrity and corruption since the beginning of her career working at the Center of Institutional Reforms and Informal Sector (IRIS) in College Park. Throughout her career, she has focused on integrating issues of governance and integrity in institutional development and growth.
Recanatini joined the World Bank in 1998 and currently works in the Middle Eastern Region, providing guidance on governance issues and check and balance institutions. She manages the Actionable Governance Indicators work and the Anti-Corruption Authorities Initiative, to promote capacity and effectiveness around the world.