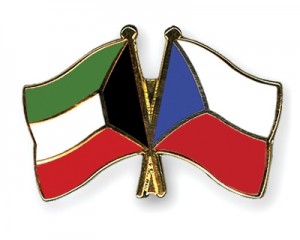 An economic Kuwaiti delegation aims to develop cooperation in heavy industries with Czech Republic during a visit.
The meeting is discussing developing Kuwaiti-Czech economic and commercial ties, member of Kuwait Commerce and Industry Chamber Osama Al-Nesif told KUNA on Tuesday, after meeting with officials from the Czech Chamber of Commerce.
The countries’ economic relations are limited, unlike political ties said Al-Nesif, noting that Czech Republic celebrates its 50-year anniversary of the start of diplomatic ties with Kuwait in May 2013.
This visit is the first of its kind for the Kuwaiti side, he noted, adding that Czech Republic had previously sent a few similar delegations to Kuwait. Moreover, he hoped the two countries would organize exhibitions and showcase Czech products which Kuwait could import.
Meanwhile, Deputy Chairman of the International Financial Advisors (IFA) Saleh Al-Selmi said the visit is an opportunity to develop investments between the two sides, which is the main element of a strong economy.
Officials will also showcase the recent urban development in Kuwait during their meeting with representatives of different Czech heavy industry companies, he added.
Kuwait is planning to send similar delegations to different countries to benefit from their experitise in the industry, said member of Kuwait Industries Union Khalid Al-Mudhaf.
The Kuwaiti delegation, headed by Deputy Prime Minister and Minister of Commerce and Industry Abdulmohsen Al-Mudeij, includes representatives of Kuwait Industries Union, Union of Investment Companies (UIC) and Kuwait Chamber of Commerce and Industry.