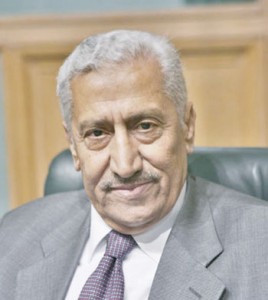 Jordanian Prime Minister Abdullah Ensour praised Kuwait’s economic support for his country to face the current political challenges affecting Jordan’s economy.
Jordan is grateful for Kuwait’s help especially in such hard times, said Ensour on Monday while opening a regional conference for small and medium-sized enterprises held in Amman. He also thanked the UAE and Saudi Arabia for their support.
Small and medium sized enterprises make up about 95 percent of the business sector in the world, he said, noting the importance of cooperation between both private and public sectors to support these enterprises in order to create more development.
Kuwaiti Ambassador to Jordan Hamad Al-Duaij told Kuwait News Agency (KUNA) that Kuwait was always the top country in supporting these enterprises, adding that His Highness the Amir Sheikh Sabah Al-Ahmad Al-Jaber Al-Sabah has established a fund specialized in supporting small and medium enterprises in the Arab world.
The conference is a good opportunity for officials to study the vital role of small and medium enterprises in developing economy in Arab states, said Chairman of the Arab Planning Institute Bader Malallah.
Mallalah praised His Highness the Kuwaiti Amir’s initiative to establish the fund in Kuwait to support Arab enterprises, hoping that other Arab countries would establish similar funds for a faster development in the sector.
The conference is co-organized by Jordan’s Chamber of Industry, the Arab Planning institute in Kuwait, and the Confederation of Danish Industries. The conference aims at exchanging successful experience in the field of small and medium enterprises between the participating countries.
About 150 lecturers and participants from Egypt, Turkey, Jordan, Malaysia, UAE, and Bahrain and representatives of commerce and industry chambers and banks in the Middle East and Northern Africa are participating in the regional conference.