HE Al-Sada: “MPHC’s Results in Line with Budgeted Expectations” 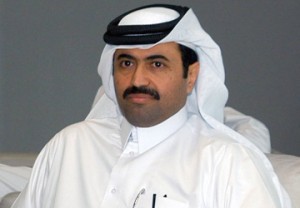 HE Dr. Mohammed Bin Saleh Al-Sada, Minister of Energy and Industry, Chairman of Mesaieed Petrochemical Holding Company (“MPHC” or “the group”; QE : MPHC), stated, “All group companies performed in line with budgeted expectations. In addition, cash generation remained strong, with a total of QR 629.5 million of cash from operations across all group companies for the first quarter.

These results compare favourably to the group’s 2013 four-month performance, and bode well for the balance of year outlook.” HE Dr. Al-Sada, remarked, “Following the creditable financial performance of the group’s first quarter, the Board of Directors and senior management remain confident of the positive future outlook for the group as it seeks to establish itself as one of the region’s premier diversified petrochemical conglomerates.”

Elaborating on the financial results, Khalid Al-Subaey, Chief Coordinator, Mesaieed Petrochemical Holding Company, stated, “These results for the three months ended March 31, 2014 were aided by resilient key product prices, and the recognition of a tax refund from the Public Revenues and Tax Department. As a result, total cash and cash equivalents across all group companies grew by QR 459.9 million during the quarter to a total of QR 2.0 billion, indicating the group’s healthy cash position.” The main activity of MPHC is to act as a holding company.

The group’s facilities are all based within the State of Qatar, and are primarily engaged in the production of olefins, polyolefins, alpha olefins, and chlor-alkali products. Continuing, Al-Subaey stated, “Revenue of the combined Q-Chem / Q-Chem II business unit for the first quarter of 2014 was QR 908.3 million. This commendable quarterly revenue was largely on par with the companies’ performance in the last four months of 2013, and was primarily based on strong polyolefin utilisation rate of 123%.

Total assets of the combined Q-Chem / Q-Chem II business unit as at March 31, 2014 were QR 7.3 billion, with cash and cash equivalents before dividends increasing by QR 367.3 million versus the year-end, to close at QR 1.3 billion. “QVC registered revenue of QR 174.5 million from the sale of its chlor-alkali products for the three months ended March 31, 2014,” noted Al-Subaey. Net profit recorded during the period was QR 8.1 million, while EBITDA was QR 28.0 million.