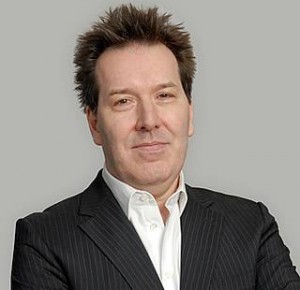 The Capital Club, Dubai’s premier business club and member of the ENSHAA group of companies, will be hosting a luncheon with Stephen D. King, Group Chief Economist for HSBC, who will speak on, When the Money Runs Out: The End of Western Affluence.

On his book by the same name, King paints a chilling picture of the global economy and educates readers about the present and impending future if policymakers, government and stakeholders don’t accept the reforms needed to allow for economic growth.

Taking inspiration from pioneering political economist Adam Smith, King first dissects the matter with his literary debut, Losing Control: The Emerging Threats to Western Prosperity, Yale University Press, in 2010. In the book, King suggests that the “decades ahead would see a major redistribution of wealth and power across the globe that will force consumers in the United States and Europe to stop living beyond their means.” Four years later, King’s assessments were proven accurate when the West saw slow, at times stagnant, economic growth. A veteran on the topic, King has shared his insights in a column for The Independent and has appeared on CNN. In 2012, King became a member of the Financial Times’ “A List,” and is regularly quoted in The Economist, The Guardian, The Washington Post and The Telegraph.

Emma Cullen, General Manager for The Capital Club said, “King’s honest and insightful perspective on the global state of affairs is needed – particularly in the UAE. Those of us living here have experienced rapid growth in the market whether part of a corporation or as founders of our own businesses. Though we’re much more secure in the Middle East, it’s important to learn from the mistakes made in the West to ensure a strong and prosperous future.” When the Money Runs Out’ is full of historical references adding depth to King’s findings. When referencing the book, King mentioned that “From the end of World War II to the brief interlude of prosperity after the cold war, politicians could console themselves with the thought that rapid economic growth would eventually rescue them from short-term fiscal transgressions,” in an opinion piece for The New York Times.

He concludes by saying “Modern beliefs about economic prospects are not so different. Policy makers simply pray for a strong recovery. They opt for the illusion because the reality is too bleak to bear. But as the current fiscal crisis demonstrates, facing the pain will not be easy. And the waking up from our collective illusions has barely begun.”