Britain says no to Syria intervention as U.S. considers actions

Britain says no to Syria intervention as U.S. considers actions

Britain will not join any military action against Syria after a stunning parliamentary defeat on Thursday of a government motion on the issue, dealing a setback to U.S.-led efforts to punish Damascus over the use of chemical weapons against civilians. 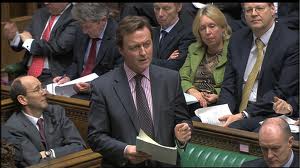 Following a 285-272 vote against a motion by British Prime Minister David Cameron to authorize a military response in principle, British Defense Secretary Philip Hammond confirmed Britain would not be involved in any action against Syria.

Hammond said key ally Washington would be disappointed that Britain “will not be involved,” although adding, “I don’t expect that the lack of British participation will stop any action.

But he told BBC TV, “It’s certainly going to place some strain on the special relationship,” referring to ties with Washington.

U.S. officials suggested President Barack Obama would be willing to proceed with limited actions against Syria even without specific promises of allied support because U.S. national security interests are at stake.

“President Obama’s decision-making will be guided by what is in the best interests of the United States,” White House spokeswoman Caitlin Hayden said in a statement after the British vote. “He believes that there are core interests at stake for the United States and that countries who violate international norms regarding chemical weapons need to be held accountable.”

U.S. Defense Secretary Chuck Hagel said Washington would continue seeking out an international coalition to act together on Syria.

“It is the goal of President Obama and our government … whatever decision is taken, that it be an international collaboration and effort,” Hagel said during a trip to the Philippines, adding the United States would continue to consult with Britain.

In a briefing with senior lawmakers on Thursday, Obama http://www.businesstoday.me/wp-content/uploads/2022/12/sample10.jpgistration officials said they had “no doubt” chemical weapons were used in Syria and that Syrian President Bashar al-Assad’s government had used them, U.S. Representative Eliot Engel, who participated in the call, told Reuters.

Britain’s Cameron, saying he would not override the will of parliament, said it was clear that lawmakers did not want to see a military strike on the Syrian government to punish it for a chemical weapons attack in the suburbs of Damascus last week.

Asked by Labour leader Ed Miliband whether he would promise not to circumvent parliament and authorize military action, Cameron said: “I can give that assurance. I strongly believe in the need for a tough response to the use of chemical weapons, but I also believe in respecting the will of this House of Commons.”

The parliamentary vote reflected deep misgivings stemming from Britain’s involvement in the 2003 invasion of Iraq.

In comments before the parliamentary vote, a White House spokesman said the United States had been encouraged by the support voiced by a wide variety of world leaders, such as the Arab League, on the need for a response to Syria’s use of chemical weapons.

On the call with lawmakers, http://www.businesstoday.me/wp-content/uploads/2022/12/sample10.jpgistration officials, including Hagel and Secretary of State John Kerry, cited evidence of chemical weapons use including “intercepted communications from high-level Syrian officials,” and seeing personnel being moved around Damascus, said Engel, the top Democrat on the House of Representatives Foreign Affairs Committee.

Engel said the vote in the British parliament was raised during the call, and “the response was that the president will do what he feels is in the best interests of the American people regardless of what other countries may or may not do.”

After the 90-minute briefing, some lawmakers said the http://www.businesstoday.me/wp-content/uploads/2022/12/sample10.jpgistration still had work to do to convince the public.

“The president is going to have to make his case I think to the American people I think before he takes any action,” said Republican Howard “Buck” McKeon of California, chairman of the House Armed Services Committee.

But any intervention looked set to be delayed at least until U.N. investigators report back after leaving Syria on Saturday.

Syrian opposition sources said Assad’s forces had removed several Scud missiles and dozens of launchers from a base north of Damascus, possibly to protect them from a Western attack, and Russia was reported to be moving ships into the region.

Expectations of imminent turmoil eased as the diplomatic process was seen playing out into next week, and the White House emphasized that any action would be “very discrete and limited,” and in no way comparable to the Iraq war.

The United States and its allies have “no smoking gun” proving Assad personally ordered the attack on a rebel-held Damascus neighborhood in which hundreds of people were killed, U.S. national security officials said.

Syria denies blame for the gas attacks and says they were perpetrated by rebels. Washington and its allies say the denial is not credible.

While U.N. chemical weapons inspectors spent a third day combing the rebel-held area where the attack took place, traffic moved normally elsewhere in Damascus, with some extra army presence but little indication of any high alert.

The United Nations said its team of inspectors would leave Syria on Saturday and report to Secretary-General Ban Ki-moon.

France and Germany urged the world body to pass its report on to the decision-making Security Council as soon as possible “so that it can fulfill its responsibility with regards to this monstrous crime.”

The United States, Britain and France have said action could be taken with or without a Security Council resolution, which would likely be vetoed by Russia, a close ally of Assad. But some countries are more cautious: Italy said it would not join any military operation without Security Council authorization.

Western diplomats say they are seeking a vote in the 15-member Council to isolate Moscow and demonstrate that other countries are behind air strikes.

A report from Moscow that Russia is sending two warships to the eastern Mediterranean underscored the complications surrounding even a limited military strike, although Russia has said it will not be drawn into military conflict.

The ambassadors of the five veto-wielding permanent Security Council members appeared to have made no progress at a meeting on Thursday, a council diplomat said. The five – the United States, Russia, China, Britain and France – had held an inconclusive meeting on Wednesday to discuss a draft Security Council resolution that would authorize “all necessary force” in response to the alleged gas attack.

China said there should be no rush to force council action against Syria until the probe by U.N. inspectors is complete.

“Before the investigation finds out what really happened, all parties should avoid prejudging the results, and certainly ought not to forcefully push for the Security Council to take action,” Foreign Minister Wang Yi told Ban in a phone call, Xinhua reported.

“A political resolution is still the only way out,” he said.

The International Committee of the Red Cross joined a chorus of international voices urging caution.

“Further escalation will likely trigger more displacement and add to humanitarian needs, which are already immense,” said Magne Barth, head of the ICRC delegation in Syria.

Increasing expectations that any action will be delayed ended a three-day selloff on world share markets on Thursday, although investors were still on edge over fears of future turmoil in the Middle East.

According to the U.S. national security officials, evidence that forces loyal to Assad were responsible goes beyond the circumstantial to include electronic intercepts and some tentative scientific samples from the site.

“This was not a rogue operation,” one U.S. official said.

A spokesman for the main Syrian opposition umbrella group, the Syrian National Coalition, said the opposition was confident Western leaders were prepared to act.

In Damascus, residents and opposition forces said Assad’s forces appeared to have evacuated most personnel from army and security command headquarters in the centre in preparation for Western military action.

People unable to decide whether to leave for neighboring Lebanon said the border was already jammed.

“We’re hearing people are spending hours – like 12 or 14 hours – waiting in line at the border,” said Nabil, who was considering leaving town for Beirut with his wife and young daughter, “just until the strike is over.”

Diplomats based in the Middle East told Reuters the removal of some of Assad’s Scud missiles and launchers from the foothills of the Qalamoun mountains, one of Syria’s most heavily militarized districts, appeared to be part of a precautionary but limited redeployment of armaments.

Despite opinion polls showing most Americans oppose deeper involvement in the Syrian conflict, Obama has been under pressure to enforce a “red line” against chemical weapons use, which he declared just over a year ago.

The likeliest option, U.S. officials say, would be to launch cruise missiles from U.S. ships in the Mediterranean in a campaign that would last days.