Most Asian shares rose on Monday and Chinese stocks surged to a one-month high as investors took heart from last week’s upbeat data from the world’s second-biggest economy, but Japan’s Nikkei fell to a six-week low after softer second-quarter GDP, Reuters reported. 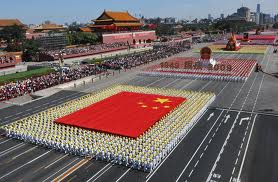 China’s CSI300 climbed 2.1 percent, extending last Friday’s rise after factory output grew in July at its fastest pace since the start of the year. The strong gains in Chinese stocks buoyed Asian shares, with the MSCI Asia-Pacific ex-Japan index index up 1 percent to a two-week high. Japan’ Nikkei share average shed 0.7 percent to its lowest since June 28 after data showed its economy grew at a slower-than-expected pace in April-June, triggering investors to cut their risk exposure. But the yen reversed early gains to trade down 0.2 percent at 96.510 yen to the dollar. Earlier, it had strengthened as much as 0.4 percent to 95.92 yen to the dollar, not far from a seven-week peak of 95.810 yen touched last week, and hit a six-week high at 127.97 yen to the euro.  Japan, the world’s third-largest economy, grew an annualised 2.6 percent in the second quarter, a third straight quarter of expansion but slower than a downwardly revised 3.8 percent rate in the first quarter.