Dubai-based pay-TV network OSN on Monday said it had acquired Pehla Media & Entertainment, which offers nearly 40 channels in a variety of South Asian languages in the Middle East and North Africa (MENA), for an undisclosed sum. 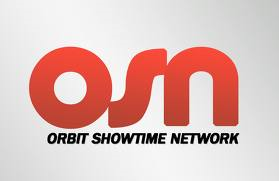 The region is home to millions of expatriate workers from India, Pakistan, Sri Lanka and Bangladesh and OSN Pehla will now be available across OSN’s 24-country footprint in MENA.

“OSN Pehla now gives us the opportunity to reach out to one of the largest demographics in MENA,” David Butorac, OSN’s chief executive told a news conference in Dubai.

Butorac declined to reveal the value of the deal. He said it was part-funded by internal cash reserves and partly by debt, but did not provide further details.

OSN says it is the largest pay-TV operator in MENA by revenue, offering nearly 140 channels.

According to a presentation on the website of OSN’s majority owner Kuwait Projects Co (KIPCO), 85 percent of the 63 million households in MENA have a television, although only 2 million subscribe to pay-TV services.

“As it stands today there are no current plans for an IPO, we are assessing strategic options for the future and when that assessment is completed our shareholders will take consideration of those issues,” said Butorac.