US Unemployment Rates Rise in Most States in July

U.S. unemployment rates rose in more than half of states across the nation and fewer states added jobs, as national data on Monday showed the job market may have lost some momentum. 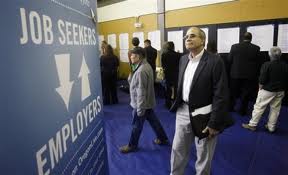 The Labor Department said unemployment rates increased in 28 states in July. They were unchanged in 14 states and fell in eight states—the fewest to show a decline since January. Hiring increased in 32 states in July compared with June, the department said. Some 17 states reported job losses. California, Georgia, and Florida reported the largest job gains, while New Jersey and Nevada lost the most. Nationwide, hiring has been steady this year but slowed in July. Meanwhile, the unemployment rate fell to 7.4 percent from 7.6 percent