Sterling edged up against the dollar on Tuesday after British inflation figures for July came in as forecast, wrong-footing those who were expecting a slightly lower reading, Reuters reported. 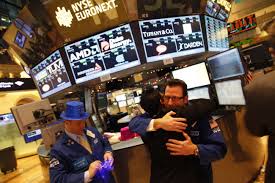 The pound hit a high of $1.5491 after the data and was last up 0.1 percent at $1.5470, not far from last Thursday’s $1.5574, its strongest since June 19. Resistance was cited at the 200-day moving average of $1.5529. The euro was flat at 85.98 pence. A drop below 85.785 would take the euro to a one-month low. September gilt futures pared losses after the data. The FTSE 100 stock index held steady. “The inflation data had a slightly bullish bias for sterling but on the whole it didn’t affect the currency much,” said Kathleen Brooks, research director at FOREX.com adding that unemployment data would be key for the currency.