Qatar’s sovereign wealth fund, one of the world’s most aggressive investors, is hiring senior bankers and industry executives to lessen the fund’s reliance on Europe and diversify its investment portfolio, sources familiar with the plan said. 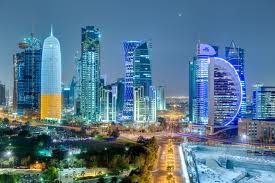 Under newly-appointed Chief Executive Ahmed Al-Sayed, the $100 billion-plus sovereign fund is scouting for opportunities in Asia and the United States. The hiring reflects a long-term objective of geographically balancing a portfolio which is now nearly 80 percent exposed to Europe, the sources said.

Al-Sayed, known as a savvy negotiator and aggressive dealmaker, took the helm at Qatar Investment Authority (QIA) in July when the newly-crowned emir, Sheikh Tamim bin Hamad al-Thani, shook up the investment vehicle as part of his restructuring of the Qatari state on his father’s abdication.

Al-Sayed is one of the very few senior executives who are not part of the ruling family in Qatar to take helm at a major state-owned entity in the Gulf state.

Since Al-Sayed’s appointment, the fund has embarked on an aggressive expansion spree, hiring bankers and senior executives with experience ranging from mergers and acquisitions in Asia to retail and luxury investments in Europe.

Qatar Holding, the wealth fund’s investment arm, has hired Ugo Arzani, most recently a managing director at Bank of America Merrill Lynch (BAC.N) in London, as its new head of consumer and retail investments, three of the sources said. The sources declined to be identified as the hiring is not public.

Also joining the fund as head of Asia real estate is Jason Chew, previously the head of Greater China operations at Pramerica Real Estate Investors, the sources said. Both executives will start with the fund in September and will be based in Doha.

The two hirings follow the appointment of Hong Kong-based banker Michael Cho as the head of mergers and acquisitions in August, the veteran Merrill Lynch banker filling a post vacant since 2011. Deven Karnik, another Asia-based banker who was previously with Morgan Stanley (MS.N) joined in April to run a newly-formed infrastructure team.

QIA also appointed Stefan Frank as its head of strategy in July, according to the sources. Frank was previously strategy head at Deutsche Bank (DBKGn.DE) in Frankfurt.

“Ahmed is extremely ambitious and knows very well that to create a global wealth fund you need people with experience in Asia and the U.S. The current team is very smart but their expertise is mostly in Europe,” one of the sources said.

“Knowing him, he must be thinking about taking to the fund to the next level, to the likes of Abu Dhabi’s ADIA or Singapore’s GIC. Nothing less will do for him.”

Abu Dhabi Investment Authority (ADIA) is one of the world’s largest sovereign wealth fund with estimated assets of between $400 billion to $600 billion. State-owned GIC has around $250 billion in assets under management.

A spokesman for QIA in London declined to comment on the hiring or on its plan to diversify its portfolio.

The fund has been actively deploying the nation’s riches from natural gas in recent years in a string of high-profile assets ranging from German sports-car maker Porsche (PSHG_p.DE) to British bank Barclays (BARC.L) and Swiss lender Credit Suisse (CSGN.VX).

But its investments into Asia and the United States have been limited compared with the large and often headline-grabbing investments it has made in Europe.

Widely known as an opportunistic investor, Qatar also prefers to invest through bilateral deals where it can demand additional perks like downside protection contracts, which ensure investments are safeguarded in the event of a sharp downturn in asset prices.

But an overall improvement in economic conditions in places like Europe means such deals are harder to find. Improved liquidity has brought competition from large private equity firms and pension funds, all under pressure to boost returns.

With fewer profitable equity deals available, the fund is likely to look at more complicated deals involving hybrids of debt and equity, for which it needs to recruit executives with expertise.

“The investments that generated double-digit returns in the past are limited these days. The fund is keen to do more hybrid-type investments and are also looking at fixed income. You can expect to see them bring in more expertise to do such deals,” a second banking source said.

The banker said the fund would still look at deals more on a basis of anticipated return than purely on geography.

“At the end of the day, these are financial investors with a task to generate return on capital. They will always look at compelling opportunities but the types they like are few these days.”