More than 226 million people will be living in cities throughout the Middle East and North Africa (MENA) by 2020, accounting for nearly 62 percent of the region’s total population, the United Nations (UN) has estimated. 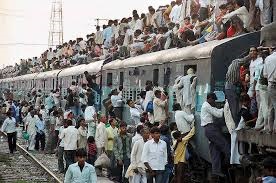 According to the latest revision of the World Urbanization Prospects report by the UN Department of Economic and Social Affairs, a two per cent average annual urbanization growth rate will exist across the MENA region until the end of the decade, as predominantly youthful populations gravitate toward cities in search of improved work opportunities and better lifestyles.

Saudi Arabia, UAE, Qatar, Bahrain, Kuwait, and Oman in particular will have dense urban conglomerations, with 45.1 million people expected to reside in GCC cities by 2020 – 85 percent of the total estimated population.

The constant migration toward regional cities will put greater stress on already limited and underdeveloped urban infrastructure and resources, urging governments to implement strategies that create resilient and sustainable cities for the future.

Ensuring a city’s well being, growth and development will be the key message at the Future Cities conference, taking place from 8th-10th October at the Dubai World Trade Centre, and running alongside the Cityscape Global exhibition.

Beginning with an opening keynote address by Engineer Hussain Lootah, Director General of the Dubai Municipality, Future Cities will feature an unrivalled speaker panel, including Dr. Rashid Ahmed Bin Fahad, Minister of UAE Ministry of Environment and Water, and Abdeladim Lhafi, the High Commissioner for Water, Forests and Desertification in Morocco.

Taher Diab, Director of Strategy and Planning for the Dubai Supreme Council of Energy, and a speaker on the first day of the conference, said that the emirate of Dubai has implemented a number of policies to encourage green technology adoption that will preserve its resources for future and growing populations.

“Prudent government policies are key drivers to regulate the market and draw investors in clean energy technologies”, said Diab. “Dubai is promoting the principles of Public Private Partnerships (PPP) and has introduced regulations to boost the market dynamics for partnerships on a number of projects.” “Future Cities represents a platform to share the Dubai Supreme Council’s strategic direction and plans on energy security and sustainability for Dubai. We are keen on promoting PPPs in deploying clean energy projects that maintain Dubai’s growth.” Future Cities will explore the major issues facing world leaders and urban planning experts, including how cities carry out efficient water distribution, the positive impact tourism can have on the environment, how cities can plan for post-recession development and what strategies can ensure that energy is affordable for everyone.

Now in its 12th edition, Cityscape Global 2013 has attracted more than 200 international and regional exhibitors covering 25,000sqm of exhibition space. The global real estate showcase has been on an upward growth curve since 2011, and will be the largest it has been in four years.