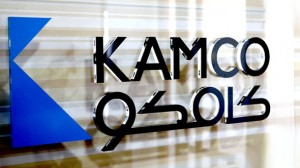 Kipco Asset Management Company (KAMCO) on Sunday announced net profits of KD 3 million (USD 10.6 million) in 2013, with earning per share hitting 12.6 fils.
Addressing a KAMCO general assembly meeting, KAMCO Vic-Chairwoman Entisar Al Suwaidi said: “I am also glad to announce our positive financial results for the year end December 2013, where KAMCO posted a net profit of KD 3 million (earnings per share of 12.6 fils); compared to a net loss of KD 11.67 million in 2012 (earnings per share of – 48.9 fils).” KAMCO has achieved KD 10.1 million in operating revenues in 2013 against KD 1.1 million in 2012 and also was able to reduce its debts by 27 percent to KD 29 million in 2013 as compared to KD 40 million in 2012.
Moreover, she highlighted that KAMCO’s assets under management (AUM) registered a significant growth of 20 percent in 2013 to reach KD 2.9 billion compared to KD 2.4 billion in 2012, positioning KAMCO as one of the largest asset managers in the region.
Meanwhile, speaking at the Shafafiyah Forum which was held immediately after the company’s meeting, KAMCO’s Chief Executive Officer Faisal Mansour Sarkhou said: “Since inception, KAMCO generated a revenue of KD 241 million, profits of KD 97 million and distributed dividend of KD 82 million, thus generating IRR of 15 percent for investors.” He added, “Since 2001, KAMCO’s Investment Banking team has successfully closed 77 transactions with a total size of KD 3.2 billion and KAMCO’s AUM increased by 20 percent pa to reach KD 2.9 billion in 2013.
On KAMCO’s key achievements for 2013, he added, “KAMCO’s AUM’s posted a strong 20 percent increase in 2013, reaching KD 2.9 billion compared to KD2.4 billion for 2012 year end. KAMCO was also able to successfully close a number of investment banking transactions with the key transaction being the successful raising of over USD 200 million in Bonds.” Established in 1998 with the mission to become a leading local and regional player, KAMCO is today one of the leading Kuwait based Investment Companies. A subsidiary of United Gulf Bank (UGB) – the investment banking subsidiary of Kuwait Projects (Holding) Company (KIPCO) – KAMCO was listed on the Kuwait Stock Exchange (KSE) in 2003. KAMCO’s main activities are in Asset Management and Investment Banking.