Germany confirmed on Friday it had enjoyed its fastest rate of economic expansion in more than a year in the second quarter, and Britain revised up its growth to the same rate. 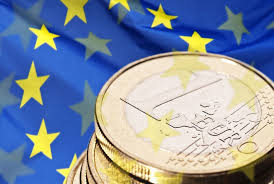 Although recession still haunts many of Europe’s major economies, like Italy, Spain and the Netherlands, analysts said the German and British data showed that at least two of the region’s major economic engines are moving into a higher gear.

Strong domestic demand drove a 0.7 percent quarterly increase in German gross domestic product in the second quarter, matching its growth rate in the first quarter of 2012.

Britain’s economy expanded at the same rate as Germany’s, equaling the growth it recorded in the third quarter of last year, fuelled by a broad-based pick-up in activity.

The signs of robust growth have also led to more upbeat comments from the region’s central bankers, who have hitherto hinted at interest rates remaining low for some time to come.

The German figures reflected a construction flurry after a harsh winter, firms’ strong appetite for machines and equipment and healthy private consumption.

“The composition of growth is very good. It is being driven more strongly from within, which is good for Germany and the euro zone,” said economist Holger Sandte at Nordea.

The euro zone exited a year and a half of recession in the second quarter.

A consumer confidence report for the currency bloc due at 10.00 a.m. EDT is expected to show the gradual improvement in sentiment has continued this month.

“It is also positive that firms are investing more in equipment and are not so hesitant anymore,” added Sandte on the German data.

Policymakers are sounding a bit more positive, too. European Central Bank policymaker Ewald Nowotny said in an interview on Thursday that he saw no reason for an interest rate cut now.

And German Finance Minister Wolfgang Schaeuble, who is preparing for a federal election next month, said he welcomed the prospect of the ECB raising interest rates once the economy improves.

“Low rates are above all an expression of insecurity on debt markets. That cannot last forever – even if it is a relief to the federal budget,” he told business daily Handelsblatt.

ECB President Mario Draghi said after the last rate-setting meeting on August 1 that rates will remain low for some time. The ECB has based this ‘forward guidance’ on the inflation outlook remaining subdued and growth weak.

Purchasing managers indexes this week confirmed strong growth in Germany this month, although they suggested companies in No.2 euro zone economy France are still struggling.

Analysts said that was hard to reconcile with preliminary figures last week showing the French economy grew 0.5 percent in the second quarter.

In Britain, however, signs of recovery have been far less ambiguous over the last couple of months.

“It does look like the recovery is becoming more self-sustaining,” said Philip Shaw, economist at Investec.

Stocks gained after the data, which also showed output rose by a surprisingly strong 1.5 percent from a year ago.

British exports rose at the fastest rate since late 2011, and business investment grew faster than household spending, suggesting a shift towards more balanced growth in an economy that has been driven mainly by domestic consumption and imports.

To encourage spending and investment, the Bank of England said earlier this month it would not raise borrowing costs while unemployment remains above 7 percent, a level it did not expect to be breached for at least three years.

But the threshold may be crossed sooner if Britain’s recovery maintains momentum, and since the bank gave its forward guidance, the news on the economy has been predominantly upbeat.

“The Bank of England is therefore facing a growing challenge of how to convince the markets and households that interest rates will not need to rise over the next three years,” said Chris Williamson, economist at financial data company Markit.