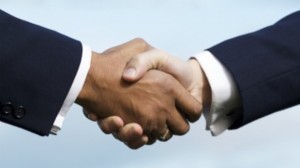 Dubai’s trade has escalated with emerging countries in the Americas, such as Mexico, Brazil, Argentina and Chile, the four countries being toured by Vice President and Prime Minister and Ruler of Dubai His Highness Sheikh Mohammed bin Rashid Al Maktoum, 26% from AED 13.8 billion in 2012 to AED 17.3 billion in 2013, the latest figures from Dubai Customs showed today.

Growth of trade with the four nations reflects U.A.E.’s success in keeping pace with the economic progress in South America, Dubai Customs said in a press release.

U.A.E., in general, and Dubai in particular, have attracted traders and investors from these countries as they could easily reach different markets, thanks to the cutting-edge infrastructure for fright and logistics, including advanced ports, free zones, airports and roads, backed by superior customs services and facilities delivered by Dubai Customs which ensures a real added value for their business transactions.

Latest statistics released by Dubai Customs indicate that Dubai’s trade with the four states, combined, soared 26% from AED 13.8 billion in 2012 to AED 17.3 billion in 2013.

Dubai-Mexico trade registered a growth of 56% from AED 5.2 billion in 2012 to AED 8.1 billion in 2013. Imports from Mexico got the bulk of the value with phone devices representing AED 3.8 billion, followed by cargo transport vehicles accounting for AED 1.7 billion.

Likewise, Dubai’s trade with Chile saw a remarkable increase by 34%, taking it to AED 827 million in 2013, compared to AED 615 million the year before. Major imports included milk with a share of AED 126 million, timber AED 118 million and fruits like apple and pear at AED 92 million.

Ahmed Mahboob Musabih, Director of Dubai Customs, said, “In the interest of solidifying Dubai’s trade position globally, we at Dubai Customs are paying utmost attention to putting in place top-notch customs facilitations and services to cater for the needs of traders and investors, in pursuance of the vision of His Highness Sheikh Mohammed bin Rashid Al Maktoum to stay ahead of an ever-changing world economy. The fast rise of some of these countries’ economies has made them a vital source for international trade growth that we seek to attract and uphold through fast customs clearance procedures of cargo to enhance bilateral trade exchange and secure business returns that surpass the expectations of merchants trading with or via Dubai.” “Our keenness to promote trade with these emergent markets in the Americas is geared at increasing Dubai’s ability to take full advantage of the growing opportunities offered by these markets, in a bid to enhance the role of foreign trade in supporting Dubai’s economic growth and contribute effectively in diversifying the sources of growth according to Dubai’s strategic plans. Guided by these core goals, we work on nurturing closer ties with foreign business sectors through “Irtibaat” initiative, launched with the aim of reinforcing communication and interaction with foreign companies based in Dubai and involving them in the development of customs operations through the implementation of their suggestions and ideas which they voice in the regular meetings held in the presence of their diplomatic and consular missions as part of this initiative,” added Mr. Musabih.

Dubai Customs Director stressed that measures taken by DC to promote trade with these countries will further expand in the near future. Coordination will be reinforced to enable their business sector to avail of the upgraded customs services and facilitations, ensuring that they enjoy full access to the integrated services package being developed especially for EXPO 2020. DC is saving no effort to make this world exhibition an unprecedented success for the good of global trade and business community.