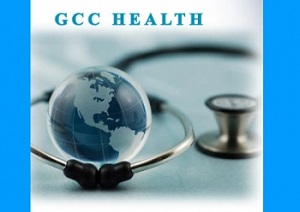 The tenth meeting of the GCC health promotion committee has kicked off here with an aim to develop health services in the Gulf region.
This committee, supported by the GCC health ministers, was established in 1993 by the GCC joint health program to coordinate health awareness campaigns among member states.
Assistant Undersecretary of the Ministry of Health for Medical Services Dr. Mohammad Al-Khashti said, in his opening speech of the event at the Movenpick Hotel, that the committee strives to raise public awareness of wellbeing and healthy practices through media outlets and social networking.
Al-Khasti highlighted some of the committee’s achievements and projects in 2014 such as the USD 50,000 GCC excellence annual award in health media and the GCC health week that took place in January.
He also pointed out that the popular TV show “Salamatak” (Arabic for “your safety”) always reflects the latest idea and information on health. It has been able to leave great impact on the public by educating them on healthy lifestyle, warning them of the hazards of diseases and advising them about preventive measures against diseases.
The committee will discuss, in its meetings, preparations for an upcoming conference on health which will be held in Qatar in the foreseeable future.