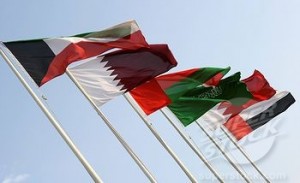 The 20th meeting of the GCC Technical Committee on Food and Agricultural Products Specification opened in Doha Monday in the presence of specialists from the member countries.
The Committee is under the management of State of Qatar, represented by the Standardization and Metrology Department at the Ministry of Environment.
Addressing the meeting, Manager of the Standardization and Metrology Department Eng. Nawaf Ibrahim Al Hamad Al Mana said that the world is witnessing rapid changes in light of the industrial, economic and cultural globalization which requires continuous and diligent work to people and institutions to play a more active and effective role that commensurate with the requirements of the third millennium.
Promoting the competitiveness of the GCC countries requires constant attention and development to standards and specifications as the basic foundation for the progress of industries, especially food specifications that contribute mainly to the development of society, he added.
He extended thanks to the GCC Standardization Organization for its noticeable efforts that resulted in the adoption of more than 12000 technical regulations, including 1100 food specification, thanks to its sponsorship of the functional commissions in general and to the Technical Committee on Food and Agricultural Products Specification in particular.
The Committee discussed a number of important nutrients topics, especially the projects that have been approved to be adopted as technical regulations, including: requirements for the slaughter of animals in accordance with the provisions of the Islamic Sharia, bottled drinking water and chicken eggs.
The Committee also reviewed the specifications projects that have been achieved, and the regulations of the Committee’s food plan -2013-2014 and others.
The Committee addressed the proposals of member States, including the amendment to the standard for a number of food products such as ginger and powdered drinks.