From Vesna, with love

Open just over six months, Vesna is tapping into a gap in the Dubai market for high-end Slavic cuisine, as Crystal Chesters discovers 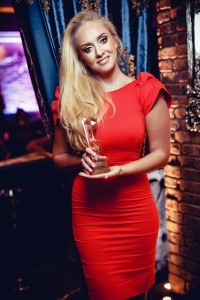 Despite a strong tourist and expat population from eastern European countries, Slavic cuisine still hasn’t made its mark on the Dubai restaurant scene. Until recently, the only outlets serving Slavic fare were relatively low-end, unlicensed venues. However, Vesna, located on the mezzanine floor of Conrad Dubai is trying to change that. Alexandra Vovchenko, managing partner of Vesna Restaurant & Lounge, which is part of Aston Restaurant Management Group, comments: “There are many places in Dubai with Russian food but we won’t go there, because they aren’t classy. They are located in cheap areas and it’s a different crowd.”

Judging by a throng of five-star reviews on TripAdvisor, the concept is going down well, having been open now for just over six months. From the start, Vovchenko was certain Vesna should be located within a five-star hotel to ensure it achieved its luxury status. “We knew we needed to be located in a busy area and definitely in a five-star hotel, but it wasn’t easy because five-star hotels believe the stereotypes about Russian concepts – that they are cheap and bad. It wasn’t easy to break those.” However, the partnership with Conrad Dubai was perfect, particularly given that the previous GM of the hotel, Andreas Jersabeck, had worked in Kiev and saw the potential for Vesna.

The project had been in the pipeline two years prior to its opening on 25 November 2015.  Vovchenko, from Ukraine, had travelled extensively across France, Switzerland, the UK, New York and LA where she saw lots of high-calibre Slavic restaurants. After carrying out a hospitality internship at Burj Al Arab in Dubai, she realised there was potential for a similar concept in the emirate. When she met her business partner – Madeep Singh Pujji, owner & CEO of Vesna – by chance at a dinner in Dubai, the rest was history.

While the vision was always to bring a luxury Slavic restaurant to Dubai, the team had to make sure it was accessible for international guests also. This explains why the restaurant’s name, ‘Vesna’ means spring across a number of Slavic languages, and why the restaurant concept is referred to as ‘Slavic’, rather than Russian. “The concept targets all Russian speaking people from Russia, Ukraine, Belarus, Uzbekistan, and Georgia, etcetera, but we also want to target everyone,” says Vovchenko.

Interior designer, Sanjay Dhawan came on board to create an ambience that would reflect this brief, and decided to go for something balanced, that wasn’t too Slavic but still embodied the heritage conveyed by the menu. The interior portrays the imperial style of eastern and Baltic Europe, characterised by high ornate ceilings, elaborate beaux facades, Art Noveau furniture and shimmering chandeliers. Dhawan explains: “Alexandra knew what she wanted so the design brief helped. We did a lot of travelling around and sourcing. The existing architectural surroundings and the cuisine they were planning to bring in had to match the interiors. They wanted a contemporary Slavic cuisine so we had to balance the interiors in a way that was Russian, but contemporary.” 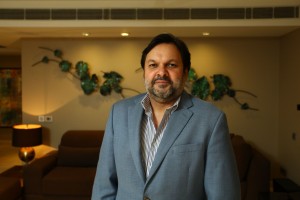 However, with just three months to transform the space from rustic steakhouse, Marco Pierre White Grill, into Vesna, Dhawan admits “there was no room for error”.

He comments: “The time frame was a challenge, as were the decisions. In an environment where your rent starts kicking in and the pressure of costs is building up, you’ve just got to go.”

Another major challenge for the team was sourcing a chef who could create really high-end Slavic cuisine, and this was no mean feat. “We wanted the menu to be high class yet still casual and authentic. We tried many chefs, we went to Ukraine and Russia and some big restaurateurs in Moscow advised us of one chef from Odessa,” explains Vovchenko. And so, Russian chef Irina Angelova was brought on board to create the menu. “She was really great. The food was exactly what we wanted: authentic but with a bit of fusion so it could be understandable for everyone,” Vovchenko adds.

However, once the menu was finalised, the next hurdle was to find a chef who would stay on the premises and be able to recreate the same high-quality cuisine while speaking English well. “It was a big challenge to find a chef who cooks our cuisine well and speaks good English and in six months we tried so many chefs. Finally, we found a chef from St. Petersburg,” says Vovchenko.

Today, award-winning head chef Maksim Tvorogov is at the helm of Vesna’s culinary team. A member of the St. Petersburg club of chefs and a regular participant on cooking shows such as “Tasty Tips” and “Lunchtime”, Tvorogov researches the origins of each dish, and re-introduces them to diners in new formats. Some of the menu items take inspiration from as far back as the 18th century during the reign of Catherine the Great, with traditional cuisine like the famous tart soup, Borsch, and dessert items such as Napoleon cake and Anna Pavlova. Educating guests on this type of cuisine has been an essential part of the marketing effort for the restaurant. “It’s about being educated, it’s not just ‘buy this it’s great’. It’s about understanding the culture so that if someone asks you, you can tell them,” says  Vovchenko. 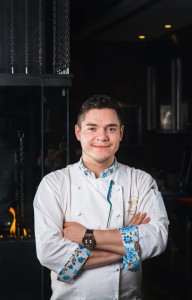 And while there are no current plans for expanding the concept, Vovchenko would like to continue raising awareness of Slavic cuisine in the region and beyond. “Internationally, we are open to [expansion],” she reveals.

Having been quietly building its fan base over the past six months, it will be interesting to see what the second half of 2016 holds for the restaurant. However, one thing’s for sure – Vesna is a unique concept in the Dubai market, and that alone is saying something.