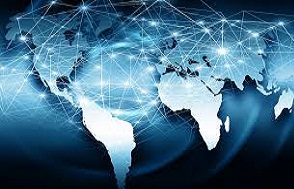 A local newspaper on Thursday highlighted the need for more quality content in Arabic, the seventh most spoken language world wide, as an overwhelming majority of the estimated 140 million Arabic-speaking internet users would prefer to access information in their own language, and said that U.A.E. is in an excellent position to be a leading provider of original and high-quality content specifically designed to engage, entertain and inform Arabs in their own language.

“Moves towards more Arabic on the internet certainly accord with U.A.E.’s vision. Vice President and Prime Minister and Ruler of Dubai His Highness Sheikh Mohammed bin Rashid Al Maktoum, launched an Arabic digital content initiative last year, with AED25 million allocated to improve Arabic-language content over the next five years,” said the English-language newspaper The National said in an editorial.

The paper also cited Taghreedat, an Arabic digital content community-building initiative based at Twofour54 in Abu Dhabi that is involved in converting social-media platforms into Arabic, among those working to fill this void.

Noting that there have long been concerns in U.A.E., and the rest of the Arab world, that Arabic is being pushed aside in favour of English, the paper said the finger of blame for this has been pointed at Western ­media – specifically the American television and film industry and, more recently, the internet as the lion’s share of online content is in English.

“The biggest opportunity lies in the provision of original content specifically designed to engage, entertain and inform Arabs in their own language. Again, U.A.E. is in an excellent position to be a leading provider.” “For content providers based here – be they news organisations, social networking platforms or individual commentators – quality is key. Providing excellent content will not just bolster Arabic as a language in this country, it will open the way to a vast regional audience,” The National said.