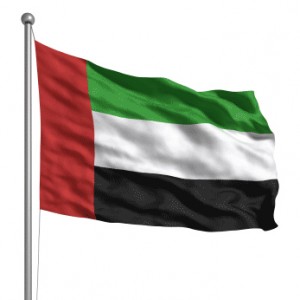 The UAE has become second in the world and the first in the Middle East and Africa region in the “Government Usage of ICT” index in the Global Information Technology Report for 2014, jumping 30 places, in accordance to the recent report released by the World Economic Forum.

The report, covering 148 countries this year, ranks countries in terms of leveraging information and communications technologies to boost national competitiveness. The achievement of the UAE is a significant in light of the largest recorded jump in the Government Usage of ICT index in the report this year.

Vice President and Prime Minister and Ruler of Dubai His Highness Sheikh Mohammed bin Rashid Al Maktoum launched in May 2013 the government initiative of smart government to transform the government services into the smart services through mobile phone. The move has created a qualitative shift in the structure of federal government’s ICT. AED200 million has been allocated to develop the government smart applications Mohamed bin Ahmed Al Qamzi, Chairman of Telecommunication Regulatory Authority (TRA) and Member of the Higher Committee to Activate the Government Smart Initiative, said, “This achievement reflects the high priority that the UAE gives to the development of IT infrastructure and usage, a fundamental component of the country’s economic growth and social development as well as improving productivity, innovation and quality of life in the country.” He added that the ranking is an evidence that the UAE government abides by the smart government imitative launched by Sheikh Mohammed bin Rashid.

Advancing in the information and communication sector has always been a priority for the UAE government; and which, over the past several years, has implemented various initiatives to deploy the most recent and innovative ICT technology solutions and services.

Hamad Al Mansouri, Director-General of UAE Smart Government, said ICT report this year reflects the progress attained by the federal government in changing the ICT usage not only at the regional level but also at the world level.

The World Economic Forum (WED) ICT Report is based on a four key criteria in assessing the readiness of countries to deal with information technology, which include: ICT environment, readiness, usage, and impact of information technology. Finland, Singapore, Sweden, the Netherlands, and Norway took the first five positions respectively in the general ranking of the report.

The TRA earlier announced a major initiative to develop a comprehensive national strategy to provide all major government services through mobile phones and tablet devices in response to the directives of Vice President and Prime Minister of the UAE and Ruler of Dubai, His Highness Sheikh Mohammed bin Rashid Al Maktoum made at the Government Summit held recently in Dubai.