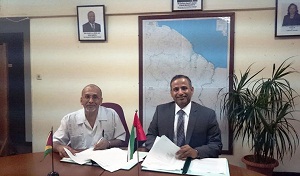 U.A.E.’s General Civil Aviation Authority (GCAA) recently was in talks with the civil aviation authority of Guyana to negotiate an open skies agreement that will see U.A.E.’s flag carriers operating flights to Guyana.

“GCAA, in collaboration with airlines and local governments, seeks to sign and continuously upgrade more agreements with other countries as U.A.E. now experiences economic openness to the rest of the world,” said Mr. Al Suwaidi.

The talks took place in Guyana during a two-day visit by a GCAA delegation led by Director-General, Mohammad Al Suwaidi. GCAA officials were accompanied by representatives of U.A.E. flag carriers.

During the visit, the GCAA officials viewed investment opportunities in Guyana and the country’s plans to push economic openness, foreign investment flow and to develop investment legislations.