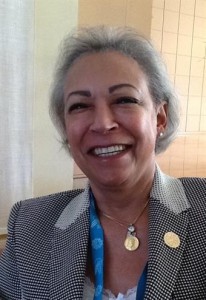 UN head for the Arab Regional Center for Entrepreneurship and Investment Training Dr.Hashim Hussein recommended — at a meeting of the 13th Pan Afro-Arab Forum for Business and Professional Women on Wednesday — the candidacy of Dr. Sheikha Hussa Saad Al-Abdullah Al-Sabah, a Kuwaiti national, to be a UN Goodwill Ambassador for the Gulf and Middle East region.
In a statement to KUNA, Sheikha Hussa, who is chairwoman of the forum, expressed delight at her nomination for the prestigious post, noting that as the chairwoman of the forum, she looked forward to visiting a number of African countries, beginning with Senegal, in October.
She also expressed hope that support for SMEs for Arab and African women would be kept in mind when parceling out such support for SMEs in general as prescribed by the outcome of the recent Afro-Arab summit in Kuwait.
On her part, secretary general of the Pan Afro-Arab Forum, Khairiya Dashti, another Kuwaiti national, said the forum has played a distinctive role in supporting Arab organizations focused on women empowerment and in also supporting the establishment of the Afro-Arab union for businesswomen in Africa.