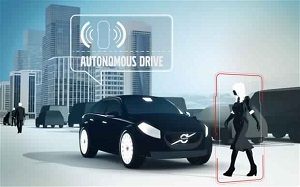 The Roads and Transport Authority (RTA) has announced the start in commissioning a study of using Autonomous cars (driverless vehicles) in Dubai as part of its endeavours to utilize the latest technologies in the field of smart mobility solutions to be considered for use in Expo 2020.

Mattar Al Tayer, Chairman of the Board and Executive Director of the Roads and Transport Authority (RTA) said that this initiative is adopted in the implementation of the directives of His Highness Sheikh Khalifa bin Zayed Al Nahyan, President of the UAE, and his brother His Highness Sheikh Mohammed bin Rashid Al Maktoum, Vice-President and Prime Minister of the UAE and Ruler of Dubai, to endorse 2015 as a year of innovation in the UAE. In addition, to the launch of a comprehensive national strategy with the aim of ranking the UAE in the first position worldwide in the field of innovation.

The step also falls within the execution of the Dubai innovation strategy endorsed by HH Sheikh Hamdan bin Mohammed bin Rashid Al Maktoum, Dubai Crown Prince and Chairman of the Executive Council, to make Dubai the world’s first innovative city. Such initiative is coherent with the strategic goals and objectives envisioned by the RTA in its strategic plan to contribute to the smooth mobility, safety and environmental sustainability. Such electricity-powered smart vehicles have a significant contribution to reducing carbon emissions, saving fuel consumption, and improving the smart mobility, which in turn contributes to transforming Dubai into a smart city. Through this initiative, the RTA seeks to provide a safe and reliable transport environment for residents and visitors of Dubai in keeping with the Dubai Plan 2021.

“The RTA has set up a team for studying the use of Autonomous cars (driverless vehicles) to map out a strategy and a work plan for addressing the latest developments in this field, and identifying the standards and specifications required in these vehicles along with the needed infrastructure and safety legislations. In this context, the RTA has approached a host of international manufactures of smart vehicles to examine technological alternatives on offer, and plan for real-life experiments for using such vehicles in Dubai under the supervision of the RTA ,” continued Al Tayer.

“A delegation from the RTA has visited a number of European countries to examine the latest models undertaken by smart cities across the globe in the field of smart mobility. It also visited some businesses and manufactures of smart vehicles to check the best international practices of this line of industry, and review the latest studies and researches published by key specialist international research centers in this regard. RTA’s delegation visited World Expo Congress in Barcelona 2013 and 2014 which included a number of aspects relating to the use of smart driver-less vehicles to serve smart cities and other European cities,” explained RTA Chairman of the Board and Executive Director.

Autonomous cars (driverless vehicles) are the latest developments of the global smart mobility systems, and this technology is based on electric vehicles fitted with smart sensors to enhance the safety element and avoid crashes. The smart vehicle has multi operational techniques as it can operate within moving vehicles environment without necessarily requiring connectivity with the control center. Examples of this include ceasing motion in the event of traffic disruption, and perceiving the road condition as well as traffic signals, and pedestrian movement among others. The vehicle can also be operated via an automated internet-based control system where it can be fully controlled by a control center without requiring a driver. In this regard smart vehicles can be programmed to lift passengers by moving in pre-designated lanes to feed public transport stations and link with vital centers with the aim of alleviating the need of private vehicles, mitigating road congestions, easing the huge demand of parking spaces, and eliminating environmental pollution and the waste of resources. Smart vehicles will provide mobility solutions to all users, even those who are unable to drive, which will ultimately ease the mobility of Dubai residents and visitors, and improve on the mobility of services on offer,” added Al Tayer.