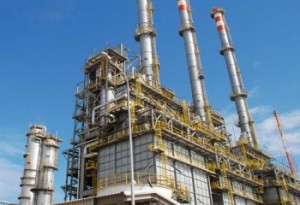 The industrial sector witnessed a remarkable development in Riyadh during the last eight years when the number of factories increased from (1,467) to (2,858) factories, an annual growth rate of 11,9%, making the region accounted for 44% of the total number of factories in the Kingdom of Saudi Arabia last year.
The expansion in this sector has also led to attract more of the workforce at a rate of 12,2% to more than 331,000 workers, a greater percentage at the level of the Kingdom’s regions and constituted 39,3% of the total workforce at the factories across the Kingdom for 2013.
A study prepared by the Bank of the economic information in Riyadh Chamber of Commerce and Industry (RCCI) has reported that industries in Riyadh region are characterized as the least expensive compared to other regions, pointing out that the percentage of invested capital is much less and constituted 11,5% of the total funding of the factories in the Kingdom last year.

According to the study, the process of financing factories, increased significantly, due to the expansion of production lines of the existing factories and the establishment of some modern factories.
It also said that the total funding of the factories in Riyadh region grew at an annual rate of 11,9% during the last eight years and rose from (52,155) to (101,977) million Saudi riyals, stressing that the ratio is less than the average growth rate of financing factories at the level of the remainder of the Kingdom, and that 91% of them are self-funded while 31,5% rely on government loans and 19,8% on commercial loans. 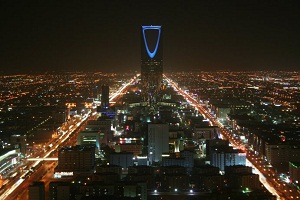 The RCCI’ study, which covered 825 factories, explained that 67,6% of the facilities of the industrial sector in Riyadh are individual institutions of which 97% are owned by businessmen and only 1% by female businesswomen, and that 67% of these factories are located outside industrial cities, which are mostly engaged in the manufacture of metals and metal products, in addition to some other industries.
The study added that expats occupy 73,7% of the total workforce in the manufacturing sector, while the number of Saudis who occupy managerial positions in the sector reach 53% of the total of such employment, stressing that the lack of commitment to working time and lack of training and qualification in the field of industry and low salaries are the main factors that limit the employment of Saudi citizens in the industrial sector in which the Saudization rate accounts for 26,3%.