QNB Group: GCC Countries Continue To Be the Main Engine of Growth in MENA 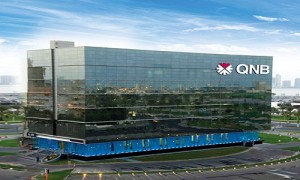 GCC countries continue to be the main engine of economic growth in the Middle East and North Africa (MENA), with Qatar leading the way, said Qatar National Bank Group (QNB) in it weekly analysis.

Real GDP growth in the GCC registered an estimated 4.1% in 2013 with the highest growth rate in Qatar (6.5%) compared with 2.7% for the rest of the MENA region. Going forward, a recovery in global energy demand and large investment spending are projected to accelerate growth in the GCC, while the rest of MENA is likely to continue to trail behind. For growth to converge within MENA in the future, political stability and structural reforms in the rest of the MENA region are essential.

The outperformance of the GCC relative to the rest of MENA in 2013 is a continuation of a trend established in recent years. While GCC hydrocarbon growth was negative due to a slow recovery in global energy demand and temporary maintenance stoppages in oil and gas production in Kuwait and Saudi Arabia, the non-hydrocarbon sector continued to expand rapidly on large investment spending.

Qatar led the GCC with double-digit growth in both the non-hydrocarbon sector and population as the ramp up in investment spending is drawing in a large wave of expatriate workers. In Saudi Arabia, the non-hydrocarbon sector expanded strongly (4.9%) on both private and public investments and higher consumption. In the UAE, large investments in the oil sector and a strong recovery in construction and real estate are estimated to have led to higher growth (4.8%). Bahrain (4.9%) and Oman (5.0%) are also estimated to have grown rapidly on a continued diversification drive, while Kuwait (0.8%) lagged behind.

The outlook for 2014 suggests that the trend of a two-speed MENA is likely to be maintained. With a gradual recovery in global energy demand and a few new oil and gas developments in the region, the GCC hydrocarbon sector is expected to show moderate growth. At the same time, further large investment spending in the non-hydrocarbon sector is projected to lead to a growth acceleration in Qatar (6.8%), Saudi Arabia (4.5%) and UAE (5.0%). Overall, real GDP growth in the GCC region is likely to reach 4.7% this year.

On the other hand, the outlook for the rest of the MENA remains subdued. With continued political instability in Syria, growth in the Mashreq region is likely to remain significantly below potential. Large fiscal deficits are also likely to represent significant headwinds to a growth recovery in Egypt and Tunisia. An easing of international sanctions could lead to a moderate recovery in Iran, while Libya’s economy is still expected to contract on continued political instability. As a whole, the rest of the MENA region is likely to reach only 2.5% growth in 2014.

Overall, the continued divergence in growth between the GCC and the rest of the MENA region has important implications. It highlights the need for political stability, subsidy reforms to reduce unsustainable fiscal deficits, and the establishment of a business-friendly environment for higher foreign direct investment in the rest of MENA region in order for growth to converge to GCC levels.