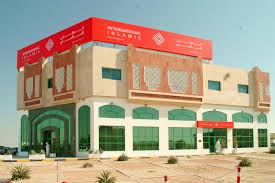 In a statement today QIIB said that CFI considered a number of criteria, including financial stability, profitability, continued growth, asset quality, adherence to Islamic banking standards and the steady expansion in the customer base.

QIIB Chairman and Managing Director, HE Sheikh Khalid bin Thani bin Abdullah Al Thani received the prize during a ceremony held in London. The award confirms that QIIB is moving in the right direction and that it had reached an advanced stage in the implementation of its plans and strategy, he said.

He explained that winning this award comes at a time when various QIIB indicators are increasing as well as its effective participation in the economic boom taking place in the Qatari economy in all areas which would not have been possible without the support and assistance offered the government of the State of Qatar under the wise leadership of HH the Emir Sheikh Tamim bin Hamad Al -Thani.

Awarding this prize to the bank is a reflection of international status enjoyed by the Qatari economy, as well as QIIB financial position which is proved by upgrading its classification by international rating agencies during 2014, he added.

CFI is a publishing and research foundation that issue publications and reports related to business, economy and finance. It operate in the field of analysis of the factors affecting and restructuring the global economy.