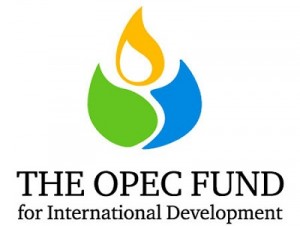 HE Minister of Finance Ali Shareef Al Emadi will chair the 35th session of the OPEC Fund for International Development (OFID) , which will be hosted by the State of Qatar on June 10 -12 The OFID Ministerial meeting will be preceded by a preliminary meeting of the Board of Governors on June 10, which meets four times a year to consider approval of funding of the proposed projects.

The Ministerial Council, composed of the Finance Ministers of the Member States meet annually, to discuss among other topics accounts and their approval, annual report of the Fund’s performance, plans for the current fiscal year, in addition to the approval of the balance sheet and the income and expenditure account, operations of the Fund Development and Grants Program provided during the last year.

The OPEC Fund for International Development (OFID) is the development finance institution established by the Member States of OPEC in 1976 as a collective channel of aid to the developing countries. OFID works in cooperation with developing country partners and the international donor community to stimulate economic growth and alleviate poverty in all disadvantaged regions of the world. It does this by providing financing to build essential infrastructure, strengthen social services delivery and promote productivity, competitiveness and trade.

OFID’s work is people-centered, focusing on projects that meet basic needs – such as food, energy, clean water and sanitation, healthcare and education – with the aim of encouraging self-reliance and inspiring hope for the future.
Member states of the Ministerial Council of the OFID, the OPEC Fund for International Development, had re-elected Qatar as chairman of the body, during the annual, 33rd session of the OFID, in SEEFELD, Austria in June, 2012.