Qatar Ranks 19th Among 60 States According to IMD Report 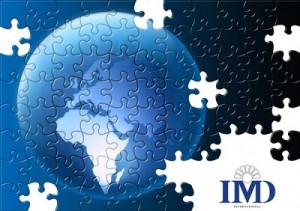 The International Institute for Management Development (IMD) has ranked Qatar in the 19th place among the developed countries as per the World Competitiveness Yearbook (WCY), the IMD issued for the year 2014, the ministry of development planning and statistics said in a press release issued here on Wednesday.

IMD, a top-ranked global business school based in Switzerland, has announced the findings of its annual World Competitiveness Yearbook (WCY). In 2010, the US ranked third, losing the top ranking for the first time in decades.
Based in Switzerland, IMD is consistently top-ranked among business schools worldwide. With more than 60 years’ experience, IMD takes a real world, real learning approach to executive education. IMD offers pioneering and collaborative solutions to address clients’challenges.

The ministry said in its press release that such a position Qatar has achieved reflects the sublime level the state has still been achieving in the various domains despite the decline compared to last year’s order which placed Qatar in the 10th position.
HE Dr. Mohammed Saleh Al-Nabit, the Minister of Development Planning and Statistics welcomed the findings of the report saying, ” These results confirm our achievement of a satisfactory order and certainly will help us identify areas where we need to consolidate the gains and do more improvements .”

He added that the national development strategy of the State of Qatar defines clearcut objectives in the areas of business regulation , economic infrastructure , and the development of the private sector and which will lead to progress in the future .”  Elaborating HE the minister said, “There is no option for Qatar but to diversify its economy and constantly work to raise the efficiency and productivity and improve our international competitiveness”

In 2012 Qatar has been named the most competitive country in the Gulf in new rankings published by the International Institute for Management Development (IMD).
The Swiss-based organization placed Qatar 10th out of a total of 59 economies covered in its World Competitiveness Yearbook.

Although the Gulf state fell two places compared to last year, it still retained its place as the top Gulf country. The UAE was placed 16th in this year’s list and was one of the biggest climbers, up 12 places compared to the 2011 list.
The global rankings were headed by Hong Kong, with the US, Switzerland, Singapore, Sweden completing the top five.

The least competitive economies were named as Venezuela, Greece, which is currently at the centre of the euro zone crisis, and Croatia.
IMD said the rankings measured how well countries manage their economic and human resources to increase their prosperity.